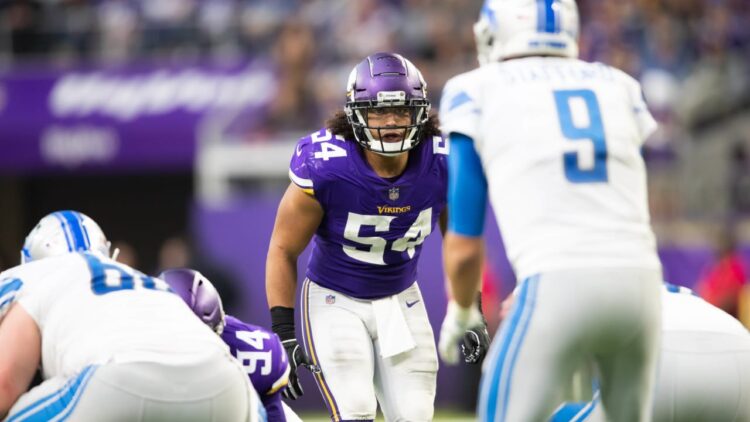 The Minnesota Vikings received some good news and some bad news on Friday. As the team completed its last practice in preparation of Sunday’s divisional matchup at Detroit, the final injury report with game designations was released.

Let’s start with the bad news. The team’s leading tackler, middle linebacker Eric Kendricks, was ruled out. Kendricks suffered a hamstring injury during the fourth quarter of last Sunday’s game against the Miami Dolphins. His 40-game consecutive start streak will come to an end.

Both Ben Gedeon and Eric Wilson will see an increased role in replacing Kendricks. According to multiple sources in the local media, Wilson will reportedly see more snaps in nickel formations with Gedeon taking over as the ‘Mike’ in base formations.

Now onto the good news… Kendricks is the only Viking to receive an injury designation. Defensive tackle Linval Joseph returned to practice after sitting out Thursday’s session with a knee injury. He was a limited participant in practice and is expected to start on Sunday. Same goes for right guard Mike Remmers.

Adding to the good news was the full participation of wide receiver Chad Beebe and tight end David Morgan in practice on Friday. Both players had been limited throughout in the week. Beebe will likely make his return after missing the last four games with a hamstring injury. Here’s a look a each team’s full injury reports heading into the Week 16 showdown.