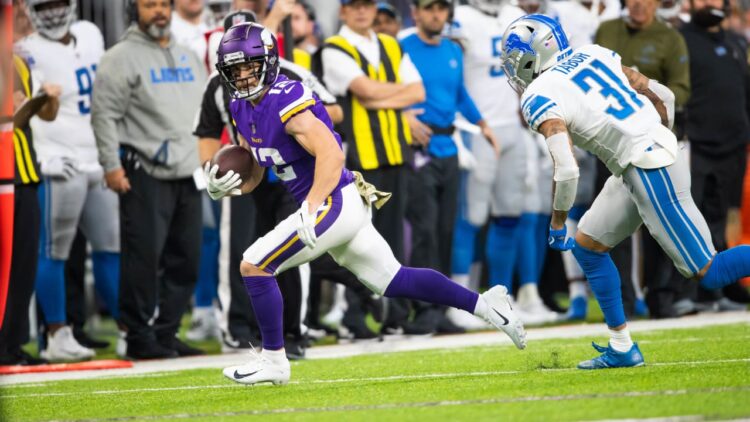 Well, this won’t be the week that the Vikings get Chad Beebe back. Even though the rookie wide receiver returned to practice this week he was officially ruled out on Friday. Beebe will miss his fourth consecutive contest with a hamstring injury. He was a limited participant in both Thursday and Friday’s sessions after missing Wednesday’s practice.

Although they’re officially listed as questionable, it seems probable that all three players will be active for Sunday’s game. Richardson and Remmers told local media during the week that they each plan to play. Morgan’s knee injury is a little more serious. The infliction kept him out for four weeks so the team will likely be a bit more cautious handling his return to the field.

Linebacker Eric Kendricks (rib) was upgraded to a full participant Friday after being limited on Wednesday and Thursday. He was not given an injury designation and is expected to play against Miami.

After being limited on Wednesday, right tackle Brian O’Neill (ankle) was not given an injury designation after practicing in full on Thursday and Friday.

As for the Miami Dolphins, they have two players listed on their injury report. Safety T.J. McDonald (ankle) is listed as questionable while cornerback Xavien Howard (knee) is listed as doubtful. Howard leads the team with seven interceptions.