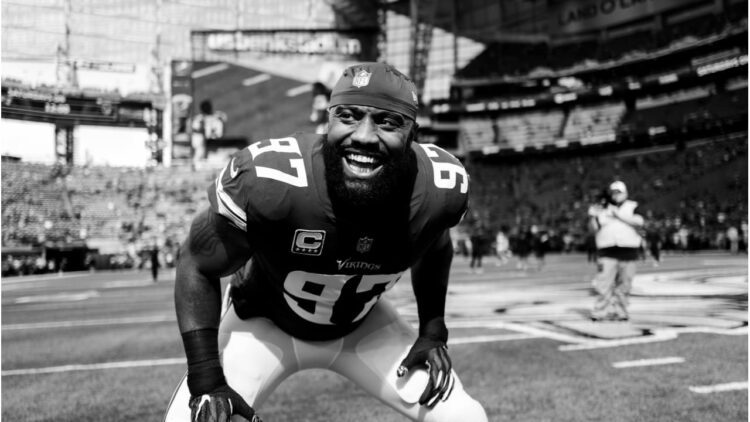 It was a busy day for the Vikings at TCO Performance Center in Eagan, Minnesota. For the most part the news was positive. Everson Griffen rejoined the team, the injury report provided some much-needed clarification on some potentially serious injuries, and the head coach even bought the players donuts and sandwiches.

In the #Vikings locker room today there was a platter of donuts and sandwiches with the sign:

“I learned a lot about the man outside of football,” Griffen said during a media session Wednesday. “I had a lot of time to reflect on my life, and where I want to go, and the decisions I’ve made. I just want to get better with some of my decisions that I made and just improve on them.”

Head coach Mike Zimmer said the team has plans this week to mix Griffen into practice. When asked if Griffen will start Sunday night, Zimmer replied, ‘We’re just going to see how he comes back.”

Despite being gone for several weeks the defensive end already has a sack on the books this season and may be able to add to that total against the Saints. Griffen practiced as a full participant on Wednesday.

Everson Griffen said he takes full responsibility for his actions in September. Apologized to the people he impacted and said he’s excited now to be back with the Vikings. pic.twitter.com/lkuv8zqHnl

Ten Vikings were listed on Wednesday’s injury report including five starters. Despite the amount of injuries, there were still some positive takeaways to gather from the updates.

I’ll start with the bad. The day started out with a report from Courtney Cronin of ESPN revealing the expectation is for Dalvin Cook to be out until after the Week 10 bye. The Vikings running back has been dealing with a nagging hamstring injury.

The positive takeaway from this report is Cook clearly needed time to rest in order to get get healthy. Two weeks in a row Cook was a full participant in practice one day yet still missed the game on Sunday. Some time off should do him well.

More positive takeaways include the way Latavius Murray has been playing and the promise of rookie running back Mike Boone. Nothing against Roc Thomas (I wanna see more of him too), but Boone has flashed some moves during games that show some serious signs of potential.

An underrated aspect of Latavius Murray’s game is protecting the quarterback.

He led the #Vikings with an 81.7 pass blocking grade Sunday and through 7 games is first on the team in that category (Min. 40 PB snaps), per @PFF.https://t.co/O2tbfpTpj7

The bad news; Joseph missed Sunday’s game against the Jets due to multiple injuries.

The good news; he was back at practice Wednesday as a limited participant. That’s a solid indication that he could be ready to play Sunday night against New Orleans. If he happens to miss any more time, a rotation of backups seem more than capable of filling the void.

#Vikings got some major support from their DT depth with Linval Joseph out yesterday.

The bad news; two defensive starters, cornerback Xavier Rhodes and linebacker Anthony Barr, each went down on Sunday with injuries that appeared to be serious.

The good news; neither is out for the season. In fact, the news seems much better than many Vikings fans anticipated. The notion that both players will start Sunday seems a little too optimistic at this point, but if either player returns to practice this week it bodes well for said player(s) getting the nod in a rematch of last year’s Minneapolis Miracle matchup.

The good news; Riley Reiff is back at practice. He was a limited participant after missing the last two games with a foot injury. The Vikings left tackle has not practiced since before the Week 5 game at Philadelphia, which means a return to game action could be in Reiff’s near future.

The only potential bad news here is that Rashod Hill may be moved back to the right side when it should be rookie Brian O’Neill starting at right tackle.

The good news; Danny Isidora played well in Compton’s absence and may have just been given the chance he needs to show coaches he can become a future starter at guard. He gave up two pressures Sunday but held his own against Jets defensive tackles Leonard Williams and Nathan Shepherd.

Another positive takeaway here is that it’s not a season-ending injury for Compton. Depending on the severity of the sprain, he could play this Sunday. The longest time a player will generally miss with a severely sprain MCL is six weeks.

In Compton does indeed miss Sunday’s game, Isidora could be in line to make his second career start at left guard. Brett Jones, who was acquired in a trade with the New York Giants this preseason, could also be given the assignment. Based on the following tweet by Andrew Krammer, I wouldn’t expect Compton to miss a lot of time. But we shall see.

Tom Compton walked through the locker room this morning with a wrap on his right knee. Didn’t have much of a hitch in his step. #Vikings

The bad news is Andrew Sendejo did not participate in practice on Wednesday. He’s missed the last two games with a groin injury that could be more serious than originally expected. The safety has not played or practiced since Week 5. It has not been determined when he’ll be back.

The good news here is that the Vikings signed George Iloka this season. He subbed for Sendejo the last two games and has played well in the process. Add to that the big plays made by Jayron Kearse and Anthony Harris and it’s been tough to even notice that Sendejo’s been gone.

RELATED: Would the Vikings consider trading a safety?