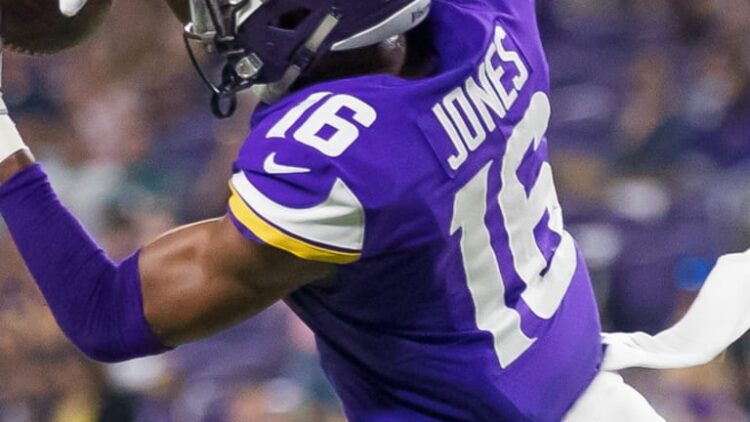 According to a report by KSTP, Minnesota Vikings wide receiver Cayleb Jones was arrested for alleged theft and domestic assault on Wednesday. At the time of this story he was being held in the Dakota County Jail on probable cause of felony-level theft and misdemeanor-level assault. He has not yet been formally charged.

Vikings general manager Rick Spielman released a statement which read: “[team officials] are aware of the situation involving Cayleb Jones and are in the process of gathering more information. Further comment will be provided at the appropriate time.”

Jones, 25, had already been suspended for the first four games of the 2018 season due to violating the league’s substance abuse policy. This offseason, Jones was involved with another bizarre incident when his brother, Zay Jones, a receiver for the Buffalo Bills, was arrested for causing damage to an apartment complex in Los Angeles, CA.

The Vikings signed the wide receiver to the practice squad in December of 2016. He was signed to a futures/reserve contract following the season and spent the 2017 season on the team’s practice squad. This year he had an uphill battle to climb to even make the Vikings’ practice squad.

Considering his off-the-field issues, four game suspension and the fact that roster cuts are this week, it’s difficult to see Jones landing anywhere near the Vikings roster at this point. This latest charge will likely end his tenure in Minnesota.