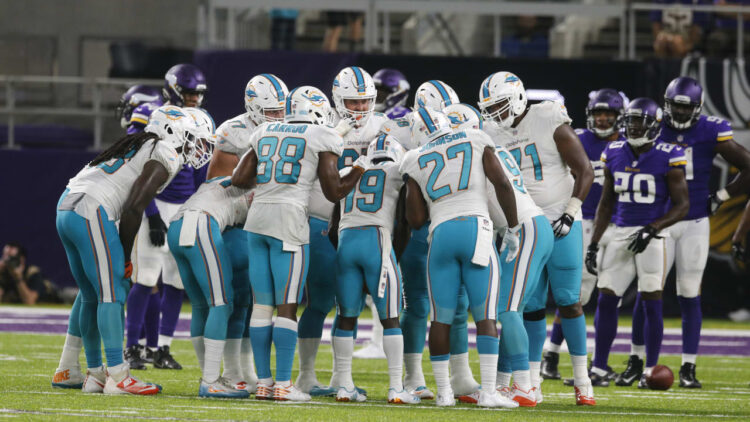 The Minnesota Vikings have announced the players that will be inactive for today’s game against the Miami Dolphins. As expected, the one player listed as OUT on the team’s injury report will not play. That player is wide receiver Chad Beebe. Here are the remaining players that will be held out of Sunday’s inter-conference showdown at U.S. Bank Stadium:

Three players were listed as questionable on Friday. Tight end David Morgan, who’s missed the past four games with a knee injury, will return to the field today. The Vikings have struggled mightily in the run game during Morgan’s absence so the team hopes that his return sparks an improvement in the ground game.

The other two questionable Vikings, Defensive tackle Sheldon Richardson (hip) and right guard Mike Remmers (low back), will both suit up on Sunday.

After being limited in practice on Wednesday, right tackle Brian O’Neill (ankle) was not given an injury designation on Friday. He’s active today against the Dolphins.