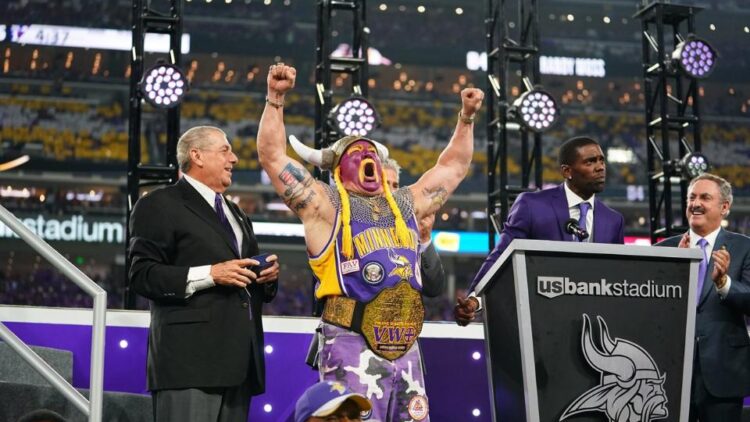 This will be a particularly historic offseason for the Minnesota Vikings. Following the NFL Draft in April, the team will hold offseason workouts at the new franchise headquarters in Eagan for the first time. The dates of those sessions were announced Monday.

Chris Tomasson of the Pioneer Press tweeted spring drills will start April 16th. The OTA (organized team activities) sessions will be May 22-24, May 29-31, and June 4-7 and the team’s Mandatory Minicamp is June 12-14.

Following the offseason workout program, the TCO Performance Center will host training camp for the first time in July. For the past 52 years Minnesota State University in Mankato has been the team’s home for training camp.

In early August, Randy Moss will be inducted into the Pro Football Hall of Fame in Canton, Ohio. Then in September, the Vikings will take on the Eagles in the NFL’s season opener in Philadelphia.

Here’s a look ahead at important offseason dates as we inch closer to the Vikings’ 2018 season:

May 17th – May 20th: NFLPA Rookie Premiere (typically first and/or second-round selections attend with permission from team; players are unavailable for offseason workouts, OTA days, and minicamps during this period)

July 16th: Deadline to re-sign designated franchise player to contract extension (Vikings did not use tag)

July 23rd: Deadline for team to sign transition player (Vikings did not use tag)

August 7th: Deadline for players under contract to report to team