Vikings vs. Seahawks By the Numbers 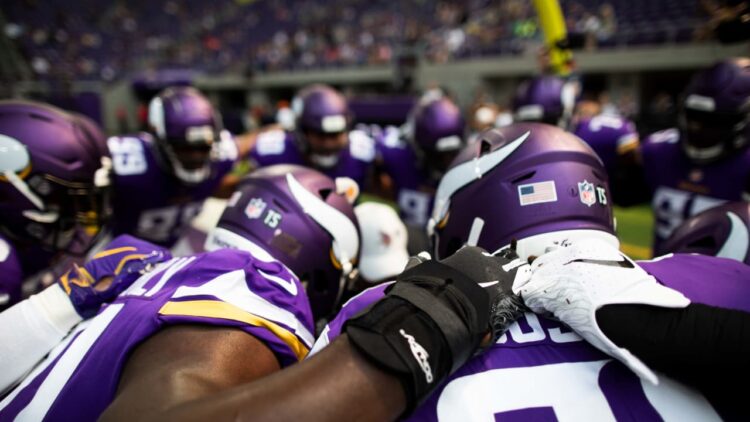 The Minnesota Vikings (1-1 in preseason play) host the Seattle Seahawks (0-2) at U.S. Bank Stadium on Friday night in the third preseason game for each team. Both teams are coming off losses played last Saturday.

There’s been a lot of talk about how the third preseason game is the final dress rehearsal for the starters. Well, for the Vikings, the kicker competition is now settled. But still in flux are the RB3 job, the nickel CB spot, WR/LB depth, and the offensive and defensive line rotations.

With the starters likely to play into the second half, tomorrow night’s game could be one of the last opportunities for fringe players to make an impression. It’s also a chance for the team to see what they have in newcomers like center Jacob Judd, guard Kareem Are, and fullbacks Kobe McCrary and Luke McNitt. The coaches will likely get a longer look at those players next week, but Friday will mark their first game action in purple.

The Vikings experienced a lot of injuries last weekend but still feature one of the strongest rosters in the NFL, especially after adding former Bengals safety George Iloka to the mix on Wednesday.

On the other sideline, Seattle underwent a substantial roster transformation this offseason. Most recently, the Seahawks cut ties with longtime punter Jon Ryan, who had been with the team for a decade. Then of course there were the major losses of cornerback Richard Sherman, who went to San Fransisco (the Vikings’ week 1 opponent), defensive tackle Sheldon Richardson (now a Viking), and tight end Jimmy Graham (now a Packer). It should also be noted that starting safety Earl Thomas is in the midst of a contract holdout.

Like the Vikings, the Seahawks have also had offensive line issues in recent years and have tried everything to stabilize the front five. Still, they’re a team that’s flying under the radar. Seattle has the veteran leadership and coaching staff to put together a solid season. The biggest test of their preseason presents itself in Minnesota on Friday night. Let’s take a look at how the two teams stack up by the numbers.

The Vikings home record in 2017 was 8-1 including the playoffs.