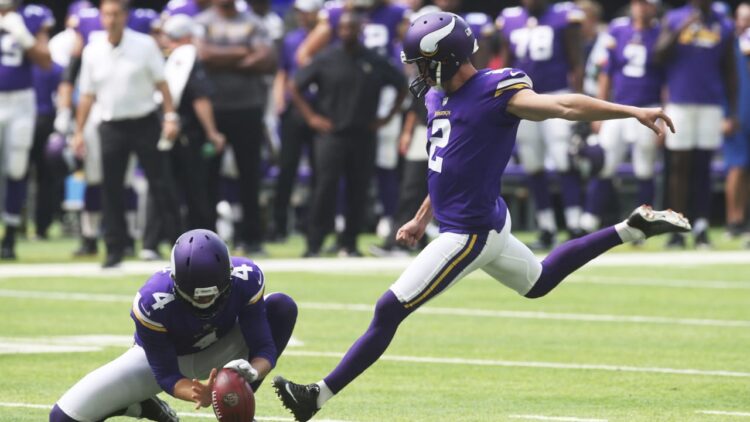 The Minnesota Vikings on Monday made a number of roster moves. The headliner was a move that had been predicted for some time.

“Kai did a great job while he was here. He’s a good kid. We just decided to go with Daniel,” said head coach Mike Zimmer.

Rookie Daniel Carlson, who was selected in the 5th round of April’s draft, will take over kicking duties for the Vikings.

The #Vikings have released Kai Forbath and placed Ade Aruna on Injured Reserve.

Cedric Lang, Josiah Price and Johnny Stanton have been waived-injured.

Defensive end Ade Aruna (knee) was placed on injured reserve, ending the 24-year old’s season. Three players, including Cedrick Lang, Josiah Price and Johnny Stanton, were all given the waived/injured designation. When a player receives this designation the team will generally either come to terms on an injury settlement (and release the player), or put them on IR.

A total of five roster spots were created Monday, clearing the way for new players to be added to the team before the Vikings third preseason game on Friday. Here’s a summary of the transactions made on Monday: