Vikings vs. Saints: Matchups to Watch 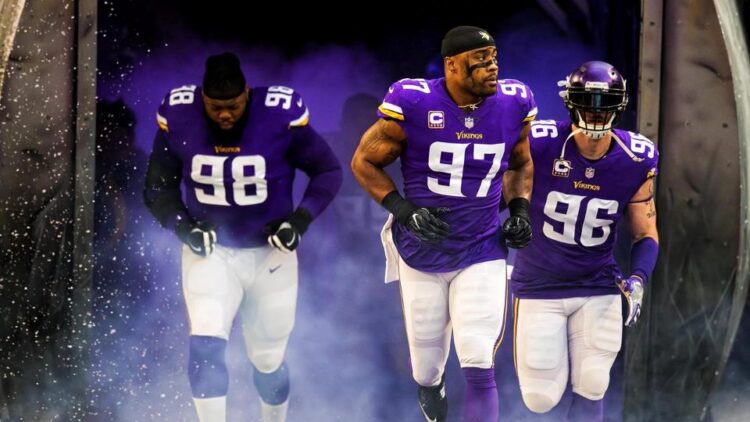 Well, here we are. The bye has passed, and fate has given us the most intriguing/dangerous/emotionally charged (at least for fans) opponent the NFC has to offer in the Divisional round. Vikings/Saints has the feel of a marquee matchup, and something tells me even neutral fans will be making point to tune in at 3:40 CT Sunday.

I’ll spare you a lengthy windup, because you already know the history and what’s at stake. Instead, let’s get right to it, and take a look at some of the most important individual matchups within the game.

Xavier Rhodes vs. somebody seems to be a banner matchup almost every week; 2017 has seen Rhodes shadow Thomas once already, plus Antonio Brown, Mike Evans, Julio Jones, and AJ Green, to name a few. And his exemplary work against this group of elite receivers is one of many reasons Rhodes was named First-Team All-Pro and is widely considered one of the top shutdown corners in the game.

In their first meeting, Michael Thomas caught five passes for 45 yards and was held largely in check. Much has changed for the Saints (and most of the NFL) since Week 1, and Thomas — undoubtedly Drew Brees’ top downfield option — is coming off an eight-catch, 131-yard performance against Carolina in the Wild Card round. Rhodes will have his hands full and will often be asked to cover Thomas one-on-one, but, outside of a head-scratching and altogether subpar performance agains the Lions’ Marvin Jones in Week 12, he has proven almost universally up to the task in 2017.

Jordan, the Saints right defensive end, is currently waging his own battle against civility; he retweeted a meme mocking Cam Newton’s concussion and also strangely sent Newton a bottle of wine called “Jordan,” ostensibly to teach him a lesson for having the nerve to play the Saints. These, among many other online transgressions (just scroll the Twitter timeline) may endear Jordan to select Saints fans, but put him squarely in the obnoxious blowhard category for most of the rest of us. He’s making it easy to hate him, as if this matchup needed an extra dose of emotion.

The problem is Jordan is also very good — he was also named First Team All-Pro this season and, with a career-high 13 sacks in 2017, is a legitimate difference-maker on the defensive line. He plays the run just as well as the pass, and often makes stops behind the line of scrimmage despite being double-teamed.

The primary responsibility for holding Jordan in check will fall on Reiff, though it’s very likely the Vikings will give him help at certain points in the game. For his part, Reiff has had a very good season at left tackle, and has proven to be a dramatic upgrade over Matt Kalil, even if his Pro Football Focus grade has steadily slipped over the course of the year (Reiff finished with a grade of 49.4, making him the site’s 63rd-best tackle, according to VT‘s Sean Borman, who has a PFF subscription).

What we know for sure is the Vikings offensive line has gone from liability to strength this season, and Reiff’s consistency and durability has been a big part of that. He won’t be able to handle Jordan alone (nor will he be asked to), but Reiff’s ability to help neutralize the defensive end may be the biggest determining factor in the success of the Vikings offense.

Drew Brees’ Saints have historically been a pass-heavy team, but their offensive success this season has hinged on the run game just as much as the pass; the Saints rank fifth in the NFL both in rushing yards AND passing yards per game. That’s tremendous balance, and clear evidence that New Orleans can beat you in either phase, thanks to the emergence of the Mark Ingram/Alvin Kamara duo to pair with Brees’ arm.

The Panthers focused on taking away the New Orleans rushing attack in the Wild Card round, and for the most part succeeded (41 yards on 22 attempts), though it came at the cost of 376 yards through the air. We essentially saw them eliminate one phase of the game and force the Saints to beat them with the other, and the Saints…did. You might say this is an interesting strategy when you’re playing Drew Brees, and I wouldn’t disagree, but in theory it’s beneficial to make a team one-dimensional.

The points is, the Vikings’ first priority should be stopping the ground game as well, simply because their defense (number one in the NFL in yards and scoring) has a far better chance of covering receivers and getting to the quarterback once the ground game is neutralized. If New Orleans is able to run the ball effectively, that will result in more methodical drives and fewer third downs, an area in which the Vikings have been historically good. If the Vikings can stop the run, however (which they’ve been able to do most of the season), that will allow Mike Zimmer to employ exotic blitzes, pass rushers to focus on getting to the quarterback, and the Saints offense to have to face more third downs. That’s a winning formula in this game, Brees or no Brees.

So, getting to the point of this matchup, Linval Joseph’s success against the interior of the Saints offensive line will largely dictate how effective New Orleans’ rushing attack is. On paper, it looks like a plum matchup for Joseph, one of the league’s best run-stuffing defensive tackles, against a mediocre center/guard trio.

This is simple: in Kamara, the Saints have the NFL’s best offensive rookie, and a dynamic playmaker who can line up in multiple spots and excels at catching passes out of the backfield. Kamara had 81 (!) catches this season for 826 yards, nearly 100 yards more than he had rushing. On an offense with a handful of excellent weapons, he may be the best.

Per the previous matchup, I expect the Vikings to be able to control the Saints’ rushing attack, but the real question is if they’ll be able to slow down Kamara through the air. They have the tools to do it in Eric Kendricks and Anthony Barr.

The UCLA linebacking duo is highly skilled with complementary talents; Kendricks excels at chasing down ballcarriers laterally and finishing tackles, and Barr possesses an ideal blend of size, speed, and natural athleticism that allows him to cover versatile players like Kamara in the passing game, or blow up plays in the backfield. Largely because of these two, the Vikings have been very good at limiting opposing running backs’ receiving production.

Kamara is in a different stratosphere than the first time the Vikings faced him this season, and if Sean Payton is able to isolate him on, say, Ben Gedeon in the passing game, he’ll be in for a big day. But if Mike Zimmer keeps Kendricks and Barr glued to him, Minnesota has a good chance to slow down Alvin Kamara.

Brian Robison vs. Everybody

Robison is the lone Viking remaining on the roster from the 2009 heartbreak at the hands of the Saints, and you can bet he hasn’t forgotten it. Whether the BountyGate scandal was overblown or not, that loss was as emotional as they come, and here, eight years later, Robison has a chance to avenge it.

Brian Robison is on the other side of his career from that last playoff matchup in New Orleans, and ironically, he’s playing a similar role now to what he was then: backing up a well-regarded left defensive end (opposite a sack machine on the right side), and moving inside to play situationally on passing downs. Robison still has value to this team, and even though he’s nearing the end of his career, he’ll play a role in whatever playoff push the Vikings do make. Something tells me we’ll see him reeling in a celebration or two on Sunday, and getting a piece of revenge for eight years ago.