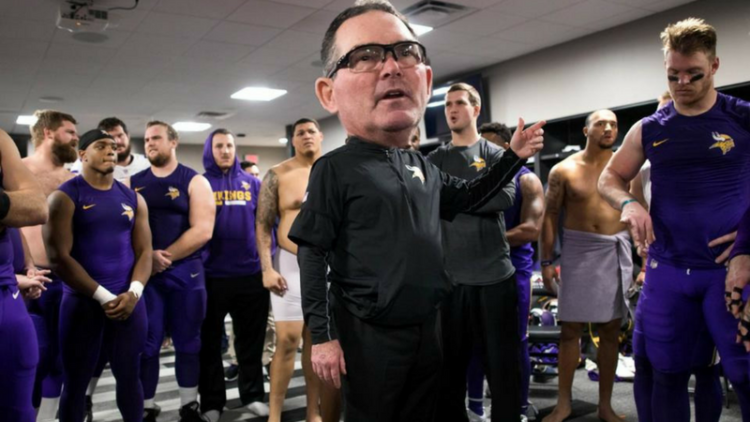 You guys are making this far too easy for me. If you keep asking questions, there will continue to be mailbags. Lots and lots of mailbags. Fire away.

“Let’s say we got a first round bye & win our way into the Super Bowl. What three teams would you like us to play? And why?”

Hard to argue with that honestly. Hashbrowns are a very solid consumable. McDonalds does it best, but I’ve been known to snag one from Super America.

I’m not proud of that, but I felt like it needed to be said.

As of December 6th at 7:38 AM CT, I have the Vikings ending up with the No. 1 seed. Look, they’re dominating the NFC North — one more win and it’s over folks — and the two teams with the greatest chance to overthrow them (Philadelphia and New Orleans) have looked vulnerable over the past two weeks.

Philly couldn’t beat Seattle on the road last Sunday despite having Russell Wilson on the run for 60 minutes, and Nawlins got whomped by the one and only Los Angeles team two weeks ago. So, I mean, you tell me — what reason is there to suggest the Vikings won’t get that No. 1 seed right now? I don’t see one.

“You said you love games, do you play computer games at all?”

Depends on what type of computer game. I don’t have any floppy discs laying around or anything like that, but I dominated old school computer games in middle school.

Currently, I’m more of a watcher of talented video game players, user of emulators — OpenEmu FTW — and I crush Madden for like 96 hours straight every year.

“We are seeing something very cool here….The offense and defense feeding off of each other. This is how playoff games are won. Nice job as usual guys, always a pleasure to watch. SKOL!”

We are absolutely seeing something very cool here. Critiquing this Vikings team over the last couple of weeks has been extremely difficult. Every concern just seems nit-picky at this point.

Now, let’s just keep in mind how quickly everything can change. The NFL is a week-by-week league, and if Minnesota loses to Carolina on Sunday, there will be plenty of folks ready to jump ship. Yeah, I know, it sounds ridiculous, but I guarantee you there will be a few out there.

So, let’s just tryyyyyyy to remember this comment win or lose on Sunday. The Vikings are a damn good team until they’re not. Yeah, that’s a cliché, I don’t care.

The national media uses them daily, why can’t I?