Vikings vs. Dolphins: 4 Things To Watch 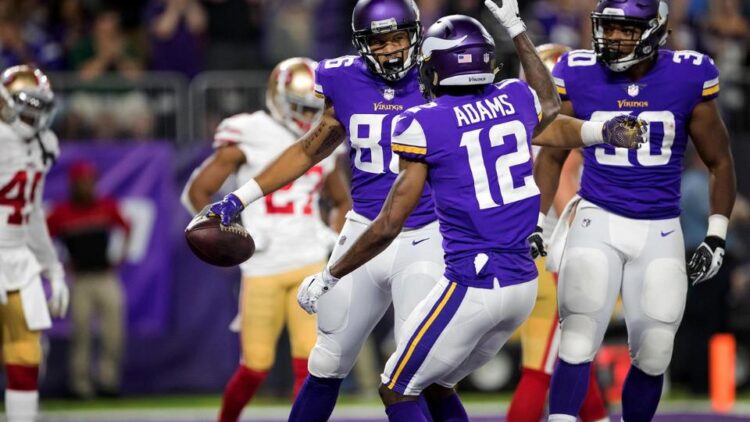 The (2-1) Vikings close out the preseason at U.S. Bank Stadium Thursday night against the (1-2) Miami Dolphins. The game is scheduled for 7pm CST.

The Vikings will open the regular season at home on Monday, September 11th against the New Orleans Saints.

Despite earning an exciting 32-31 victory over the San Francisco 49ers in their last preseason game on Sunday, the Vikings’ starting units were unimpressive in the win. Vikings head coach Mike Zimmer was not happy with the performance of his team.

Uncharacteristic mental mistakes plagued the first team defense as they allowed the 49ers to move the ball at will. The offense had a number of mistakes as well. Number one wide receiver Stefon Diggs had an off night, dropping two well-thrown passes from quarterback Sam Bradford. The offensive line starters struggled as well. Their performance led to three Bradford sacks.

The offensive starters have scored three points this preseason. While that may or may not be a reason to panic, the Vikings still have one more game to play before the regular season begins.

After the poor performance by the starters during Sunday’s ‘dress rehearsal’ game, Chris Tomasson of the Pioneer Press reported Zimmer threatened to play the starters in the final preseason game. The head coach said the team needs to “refine what we’re doing now, on both sides of the ball.”

While playing the starters Thursday would certainly give the team an opportunity to refine things, Zimmer could face career-altering consequences if a starter gets injured during the game.

The Dolphins will likely sit quarterback Jay Cutler, who replaced Ryan Tannehill after he suffered a season-ending injury a week into training camp. Cutler played the last eight seasons with the Chicago Bears.

Even if the starters play Thursday, this is the last chance for bubble players to earn a job. The Vikings must set their 53-man roster by this Saturday, September 2nd at 3pm CST. At this point the coaches and staff have a good idea which players will make the final roster. However, they still need to fill out the practice squad, which has 10 spots. The Vikings-Dolphins game will help determine those players.

Position battles not yet decided

The former Minnesota Golden Gophers should see his first NFL action Thursday night. There’s a slim chance of him making the roster even via the practice squad, but it’s a cool moment for the hometown player, nonetheless.

The Vikings have a 14-2 record in the preseason under Zimmer.

Stay tuned for a flurry of roster transactions after the game.