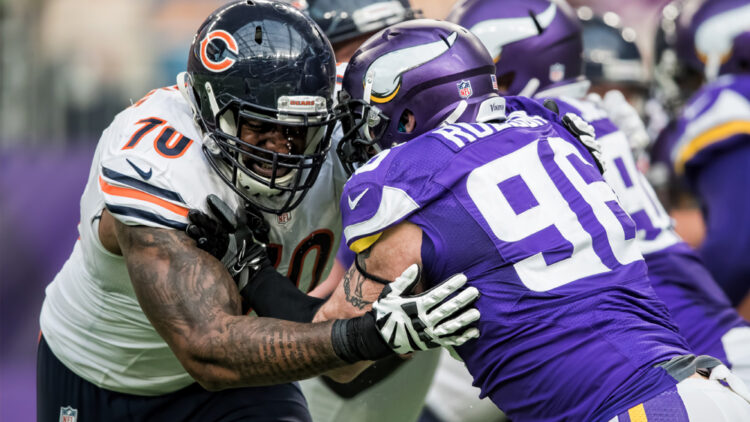 This is the second installment of our Opposing View series, in which we gauge the league-wide perception of the Vikings by talking to bloggers from around the NFL. For each post, I’ll seek out a writer for a team on the 2017 Vikings schedule, and ask them a few short questions about the way they view our squad from afar.

This installment features a divisional perspective, as I chatted with Jeff Hughes of Da Bears Blog. The Vikings play Chicago in Weeks Five and Seventeen.

Jeff Hughes: Honestly, I think of a team that will probably be around 8-8 again because I think Sam Bradford is an 8-8 quarterback. Bradford’s problem has always been the same thing: he prefers not taking chances. So you’re going to get a high completion percentage and high quarterback rating but you’re going to be limited when it comes to explosive plays in the passing attack and I’m just not sure how you win that way in the modern NFL.

2016 Bears had this problem. Hoyer moved ball. Barkley moved ball. But the team didn’t score enough. Because the red zone is where the top quarterbacks separate themselves.

JH: Biggest strength is the entirety of the defense. That’s a top unit.

Biggest weakness? Who scares you on that offense? It’s just not a collecting of skill talent that is going to threaten for a championship.

JH: Love everything about how Zimmer leads and conducts himself but he’s going to start falling out of favor if he doesn’t get the offensive side of the ball solved. When Norv left last year, that was a HUGE red flag for me. Going from Norv Turner to Pat Shurmur is like going from Walter Payton to Cedric Benson. The league has a long list of great coordinators who didn’t translate to the big seat – Wade Phillips, Dave Wannstedt, Bill Arnsparger – and my concern would be that Zim becomes one of them.

VT: How would you predict the final NFC North Standings?

VT: Finally, I’m curious: as a Bears fan, what was your reaction to the Mitch Trubisky pick, and what are your expectations for him?

JH: I thought Trubisky was one of the five best players in this draft and was thrilled on draft night that GM Ryan Pace showed the guts to go and get his guy. That’s the kind of chance you need to take in this league if you see a potential franchise QB available. Plus, Mike Glennon isn’t any good. The sooner Trubisky gets to the field the sooner the future of the Bears organization begins. I’m hoping he’s out there in September against the Falcons but I would think it’s more likely he comes in around the midway point to take over for a struggling Glennon. (Just how the Giants transitioned from Kurt Warner to Eli Manning during the latter’s rookie campaign.)