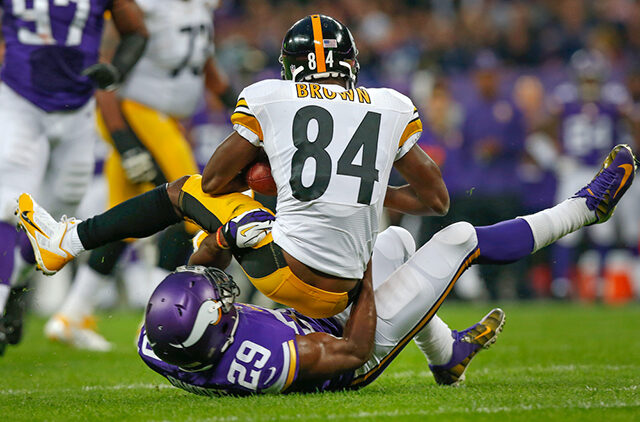 This is the first installment of our Opposing View series, in which we gauge the league-wide perception of the Vikings by talking to bloggers from around the NFL. For each post, I’ll seek out a writer for a team on the 2017 Vikings schedule, and ask them a few short questions about the way they view our squad from afar.

Alex Kozora: Think of an offensive line that has improved but still needs to get better. An uneasy quarterback situation. Teddy Bridgewater’s future is still a complete unknown. Sam Bradford, to be general in my description, is competent but not someone who is going to outduel Stafford/Rodgers in the North. A run game that should, and desperately needs to be, better this year. Defensive ends who can get after the QB and a solid secondary.

AK: Strong secondary with Harrison Smith and Rhodes. A run game that should improve but was one of the worst in the league last year. Line didn’t help. Know Kyle Rudolph isn’t regarded as a great blocker either.

AK: Like him. As a Steelers’ fan, know him well from his DC days in Cincinnati. No-nonsense coach. Commands respect. Defenses aren’t the most complex but technically sound. Has control over the locker room.

VT: There is a lot of disagreement about Sam Bradford in the Vikings community. What are your thoughts on him as a starting quarterback?

AK: As I mentioned earlier. Competent but not going to lead the Vikings far into the playoffs.

VT: Based on what you know about the Vikings at this point, what would you predict their 2017 record to be?

AK: Somewhere around 9-7. NFC North is still tough. Offense should be improved. 10-6 not impossible. Will compete for Wild Card spot.