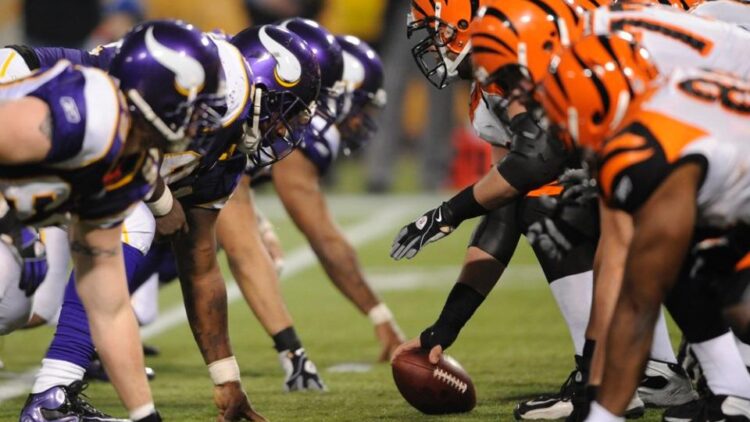 The Minnesota Vikings (10-3) take on the Cincinnati Bengals (5-7) Sunday at US Bank Stadium. Kickoff is at noon (CST).

Minnesota suffered a 24-31 loss to Carolina last week. The Vikings had won eight in a row before losing to the Panthers. In order for the Vikings to re-establish their winning streak, claim victory in nine of ten games as well as clinch the division, they’ll have to conquer a Bengals team that was beat up at home by a score of 33-7 to the Chicago Bears last weekend.

On paper and in Vegas, Cincinnati is inferior to Minnesota in many ways. But, as you’ll find out, the Bengals are no pushover. They’re a dangerous team with many talented players that should not be overlooked.

The Vikings home record is 5-1.

The Bengals away record is 2-4.

On the season, Vikings quarterback Case Keenum is 270 of 404 (66.8%) for 2,983 yards with 18 touchdowns and seven interceptions. Keenum faces perhaps his most important game of the season. After last week’s mediocre output against Carolina, another lackluster performance could put his starting job in jeopardy.

However, a bounce-back game for Keenum seems more likely with the return of two starting offensive linemen. Center Pat Elflein and right tackle Mike Remmers are both expected to return from injury Sunday. The return of Remmers, who has missed the last five games due to a concussion and lower back injury, means the team will be missing only one starter up front, left tackle Riley Reiff.

Reiff is officially listed as “doubtful” for tomorrow’s contest. He’s dealing with an ankle injury that he suffered last week. Rashod Hill will fill in for Reiff at left tackle if the starter is unable to play.

The Vikings offensive line is 6th in the NFL with 20 sacks allowed.

Statistically speaking, pass defense has been Cincinnati’s strong point this season. Mike Zimmer’s former unit still has competent players. Cincinnati’s pass rushers have been able to get to opposing quarterbacks often this season.

The Bengals are tied for 7th in the NFL with 36 sacks. Rookie Carl Lawson leads Cincinnati with 7.5 sacks, defensive tackle Geno Atkins has 7, and big-bodied defensive ends Carlos Dunlap and Michael Johnson have 5.5 and 5 sacks respectively.

While the pass rush has been solid, the secondary has been decent. Cincinnati is tied for 24th in interceptions with 8. No Bengals defender has more than one interception on the season. According to Pro Football Reference the Bengals have given up 15 touchdowns to opposing quarterbacks in 13 games this season. The 15 touchdowns given up is tied for the sixth-fewest in the NFL.

Working in the Vikings favor is the health of Cincinnati’s defense. The Bengals will be without cornerback Dre Kirkpatrick and linebackers Vontaze Burfict, Kevin Minter (on IR, hamstring), and Nick Vigil. Safety Shawn Williams is also questionable.

The Vikings 8th-ranked rushing attack will face Cincinnati’s 32nd-ranked run defense. Jerick McKinnon and Latavius Murray will face not only the NFL’s worst run defense, they’ll face a defense missing some of its best players on the second-and-third levels.

The Bengals have a fairly strong defensive line. Atkins has had a very good season. He’s a force in the trenches and will be tough for Minnesota’s Moving Company to move off the ball. Pat Sims has had a down year and the Vikings offensive line should be able to handle him at most times.

Both Atkins and Sims will need to have very good games in order to keep the Vikings rushing game in check. The Bengals were beaten for 232 rushing yards last week against the Bears.

Meanwhile, Bengals running back Joe Mixon was declared out today with a concussion, so Cincinnati will rely heavily on backs Giovani Bernard and Brian Hill, a 5th-round rookie out of Wyoming. Bernard has 260 rushing yards on the season while Hill has only two carries for eight yards. Neither has a rushing touchdown this year.

Andy Dalton is 236 of 389 (60.7%) for 2,747 yards with 21 touchdowns and nine interceptions this season. His 79.3 PFF grade is 18th among quarterbacks. He’s had a fairly good season stat-wise, but has been unable to manufacture points when the team needs him to.

The Bengals offensive line is a major reason why the team has struggled so badly this season. The unit has allowed 33 sacks, 20th in the NFL. Aside from left guard Clint Boling (78.5 PFF grade), Cincinnati’s guys up front have played very poorly. It won’t get any easier for the group Sunday, as they’ll face a force in the Vikings defense, who will be feeding off the crowd noise all game.

The Vikings defense has 32 sacks, tied for 13th in the NFL. Everson Griffen, Danielle Hunter, Linval Joseph and Tom Johnson should be able to dominate up front. Expect heavy pressure on Dalton all game.

Dalton will need to find a rhythm with his receivers early and often (and keep it) if he wants to have any success against the Vikings defense through the air. The Vikings have allowed only 12 passing touchdowns to opposing quarterbacks in 13 games this season, second-fewest in the NFL.

Xavier Rhodes continues to shut down the league’s top wide-outs. He had another solid game against Devin Funchess in Carolina last weekend, holding the Panthers leading receiver to three catches for 59 yards and a touchdown. He’ll take on the Bengals’ top pass-catcher Sunday.

A.J. Green is one of the best in the business, and he’s has a solid season up to this point. The 29 year-old has 65 receptions for 950 yards and eight touchdowns on the year. His 86.3 PFF grade is seventh among wide receivers. In order for the Bengals to win this game they’ll need a big game from number 18, who will have to beat Rhodes to do so.

According to Pro Football Reference, the all-time series between the Vikings and Bengals is tied 6-6.

The last regular season matchup between the two teams was during the 2013 season. The Bengals dominated the Vikings, winning 42-14.