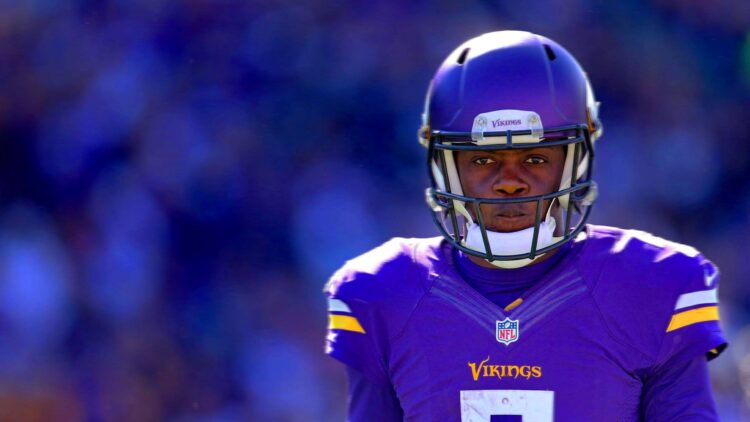 We have published two final roster predictions here at Vikings Territory since the NFL Draft took place. The first was in May, with Brent LaBathe taking an early stab.

The second was when Austin and I compiled results from reader votes, and Adam Patrick’s “Top 30″ series,” where we just filled in some holes to make a final roster prediction. That one published at the onset of training camp.

Now, with training camp and two preseason games behind us, I’m going to try my own hand at the age-old practice and see how things shake up. Complaints, of which I’m sure many of you will have many, can be dropped in the comments section below.

Thoughts: The Vikings likely will not find it necessary to use a valuable roster spot on Joel Stave or Brad Sorensen. They have been rumored to be eyeballing outside backup options, including Nick Foles at one point, but barring any major developments I see them rolling with Bridgewater and Hill until such point that Taylor Heinicke returns healthy.

Thoughts: I really wanted to keep Zach Line on this football team. In the end, however, he was my 54th player and when I scoured for someone else to cut besides him, I decided that he was just the least valuable to this football team and ended the true fullback era in Minnesota. The eventual return of Rhett Ellison makes this a fairly low-risk proposition.

C.J. Ham and Jhurell Pressley have each had nice moments so far this preseason, but it remains to be seen if either of them can unseat Asiata. At this point, I’m guessing the Vikings would like to keep the dependable Asiata and get one of the other two through to their practice squad.

Thoughts: I do think Rhett Ellison returns to this roster once healthy, but there are very few indications that it will happen before Week One. The selection of David Morgan has helped shape things up, however, as it appears very evident that he is a cut above his competition of Brian Leonhardt and Kyle Carter. Morgan has been one of the most impressive rookies throughout the process thus far.

Thoughts: The retirement of Phil Loadholt provided some clarity to this spot. Matt Kalil, for better or worse, will get another season at left tackle. Andre Smith and T.J. Clemmings are currently battling for the starting spot at right tackle, and that battle could very well carry over into the regular season, to be honest. Lastly, I kept Beavers on the roster despite his struggles due mainly to his draft position and my own belief that the Vikings won’t be willing to bail on him before the season even starts. Besides, if they see him as a worthy project either at tackle or guard, then they might as well keep him as we’re in big trouble anyways if he ends up active and playing on game day… that means too many injuries have occurred.

Thoughts: Outside of the starters, presumably Boone and Fusco, I’m betting the Vikings are looking to house guys with some flexibility and experience at multiple positions. Listing Beavers as a tackle, above, is certainly not 100% accurate… but either is listing Harris strictly as a guard or Berger strictly as a center… so don’t get hung up on that.

If the Vikings end up in emergency mode on the offensive line, things could get real ugly real quick, so I see them keeping a high quantity of backups able to slide around on the line.

Thoughts: I’m still not 100% convinced that Sullivan can be considered healthy and back to his old self. Luckily, the Vikings have a very adequate Plan B in place with the return of Berger. If even more depth is required, then Nick Easton and Zac Kerin could both be on Rick Spielman’s speed dial or even ready to bring up from the practice squad.

Thoughts: Like every other Vikings fan around, I think I haven’t gone through a day in months without wondering how this log jam will play out. I do think that the six names above are the six that make the roster, barring injury. How the Vikings stack them, and use them each on game day, remains to be seen.

The guys being released, in this situation, make for some interesting practice squad potential without a doubt… including that German Randy Moss we heard so much about up until we didn’t.

Thoughts: Walsh and McDermott, with healthy contracts, will be in no danger. Locke seems likely, at this point, to keep his job until the start of the season whether we like it or not. Still, Locke remains one of the team’s most easily replaced players if he continues to perform poorly.

Thoughts: The Vikings have a lot of defensive tackles on the roster right now. Ten, to be exact, and that high number makes me wonder if they won’t try and keep five when all is said and done. Still, Brian Robison’s ability to slide inside on passing downs leaves me confident with the guys listed above. Tom Johnson could start for a number of teams, and is particularly useful on passing downs, whereas Shamar Stephen has consistently flashed dominance throughout the preseason. If they can stay healthy, this should be an improved group over last year for that reason alone.

Thoughts: This is a dangerous group of pass rushers all the way through. Robison appears poised to be more of a joker moving about within Zimmer’s defense, but he and Hunter will be primarily responsible for the left end position across from Everson Griffen. Adding Trattou back into the mix means this position has great talent and depth… perhaps the best group of defensive ends in the NFL right now.

Thoughts: The injury to Kendricks is not ideal, as the Minnesota Vikings envision him as a superstar within their defense, but all indications are that it is a temporary set back. Cole provides depth behind Kendricks, with Brothers and Greenway (below) having the experience that would suggest they are capable of sliding inside in emergency situations.

Thoughts: I’m not sure Chad Greenway has done anything to secure a roster spot this preseason, but I’m also guessing that Zimmer’s admiration for Greenway is genuine and that the lifetime Viking will be allowed to retire after that one last season he wants to play. Still, his role will be reduced, and he may find himself losing very significant time to Lamur and Robinson. Brothers has shown me enough to make me think the Vikings will keep him on board as the seventh linebacker and as a special teams contributor.

Thoughts: Since the moment the Vikings drafted Mackensie Alexander I thought Terence Newman could be in trouble, and I still think that is true after watching him struggle against Seattle on Thursday. The top four guys listed here are locks. Sherels is still the primary punt returner, with no signs suggesting anything different, and he showed he isn’t totally inept as a defender when he housed an interception to win the game on Thursday.

That really leaves Newman and Roberson battling for a roster spot. Roberson has done well enough this offseason that the Vikings have to be concerned about their ability to stash him on the practice squad. Afterall, good cornerbacks do not grow on trees… but old ones do regress and then retire. If the Vikings believe Waynes is ready to start, then I see little sense in keeping the older and more expensive Newman over the promising young project that is Tre Roberson. Besides, Mike Zimmer surely has Newman’s number in his cell should the injury bug strike once the regular season starts.

Thoughts: Antone Exum Jr. has played better this preseason than I ever would’ve predicted, but his taunting penalty also illustrates why he cannot be trusted to play smart. Harrison Smith will obviously be a starter, and the list above gives Zimmer a number of options when it comes to filling the space beside him. Griffin is the NFL veteran looking to revitalize his career, Sendejo has experience under his belt, Harris is looking to take a leap after an impressive first year, and Kearse is a physical specimen that seems like a perfect fit for Zimmer’s science lab.