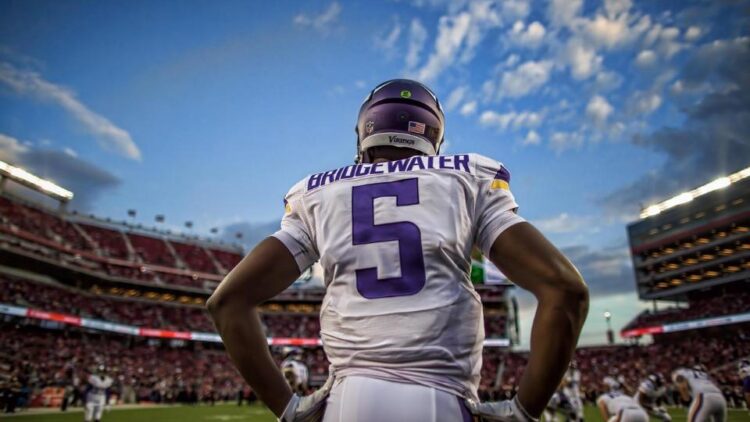 The 2016 season inched forward a bit when the Vikings opened their OTA offseason workouts. With that came plenty of early optimism about the Vikings’ talented roster. Teddy is ready to throw for 10,000 yards. Adrian Peterson is in the best shape of his life. 2015 top pick Trae Waynes is thriving and Aaron Boone looks great in purple.

If you listen closely, you can hear the faintest of claims that the Vikings are a true Super Bowl contender.

It is too early to say most of these things, but when you start to stack Minnesota’s roster, you can see why the hype exists. I struggled with my first attempt to pencil in a final 53-man roster, mostly because there will be talented players who will inevitably be cut. The front office won’t have an easy task on their hands, but I’d take a loaded roster over a barren one any day of the week.

Position breakdown: The last time Rick Spielman carried two quarterbacks, Joe Webb started at Lambeau in the playoffs. There are inherent risks to this strategy, but my logic is simple: the roster spot is simply too valuable to carry a third quarterback. Add another linebacker or corner to the roster and roll the dice. Frankly, the Vikings’ success is tied to Bridgewater’s health and success. If he gets injured, we’re in for a long season as it is.

Position breakdown: No shockers here. I have plenty of interest in Jhurell Pressley, but I don’t see the Vikings parting ways with Matt Asiata this year. It will be interesting to see how the Vikings use both Peterson and McKinnon, the latter who proved to be a playmaker in the second half of last season.

Position Breakdown: Yep, I did it. I cut Patterson. You could probably convince me to keep Patterson, but there’s no way I’m parting with Böhringer right now, and I’m nearly positive you couldn’t sneak him through waivers and onto the practice squad. Consider it a total rube pick at this point. The rest of the receiver corps is fairly solid, but a lot of their consistency will be dependent on the development of Treadwell and his ability to attract some defensive attention away from Diggs.

Position breakdown: I really wish we could carry 54 plays on the roster. If possible, I’d keep a fourth tight end every single time. Morgan is possible a surprise here, but with his blocking prowess, I suspect the Vikings already have plans for him in the run game. You could argue Ellison is a better blocker with years of NFL development under his belt, but I wonder about his recovery from injury late last year.

Position breakdown: Talk about a position upgrade year over year. The offensive line looks much more formidable than it did in 2015. Carrying 10 offensive lineman provides the kind of depth the team will need as the season wears on. Not only should the starting five be improved, but I also like the depth options at each position. Harris, Berger and Beavers all have the ability to move up and down the line as needed. Notably missing from this list is Phil Loadholt, who I love as a fan, but I can’t see him rebounding from his injury well enough to outplay youth.

Position breakdown: Carrying nine defensive lineman is becoming the norm for Zimmer and Spielman. Everyone is familiar with the amount of depth the Vikings chose to carry up front, and as Zimmer has stated, stopping the run is the key to his defense. Some might expect Stephen Weatherly to make the team as a recent draft pick, but I’m not convinced just yet. I think a year on the practice squad makes the most sense for 2016.

Position breakdown: I don’t think there are any real surprises here. Audie Cole will continue to add solid depth, but he’s just not a starting linebacker. Lamur joined the Vikings via Cincinnati, and I suspect Zimmer knows exactly what he’ll use him for — potentially in sub packages.

Position breakdown: Compared to 2014, the secondary is tremendously improved, and we have Zimmer to thank for that. His ability to identify talent and develop players in the secondary is uncanny. I’m excited to see what Waynes brings to the table in his second year. Alexander was a nice addition in the 2nd round of the recent draft and will get very limited playing time as a rookie. There are three guarantees in life: Taxes, Death and Marcus Sherels making the final 53. I expect him to take over kick return duties if Patterson is indeed cut.

Position breakdown: I am making a wild assumption Griffin will be the starter aside Harrison Smith, mostly because of his relationship with Jerry Gray. Knowing that, he’s likely a one-year stop gap at this point. I’d like to see youngsters Harris and Exum continue to get time to develop. Sendejo will continue to catch flack at times, but he’s a good depth option and very good special teams player. Jayron Kearse intrigues me, but I suspect he ends up with the practice squad as a rookie.

I think this is my third year in doing an early projection of the final 53-man roster, and I can assure you this was the most difficult time I’ve ever had. Credit to Zimmer, Spielman and the Vikings front office for assembling a young and deep team that is expected to improve on an 11-5 record.