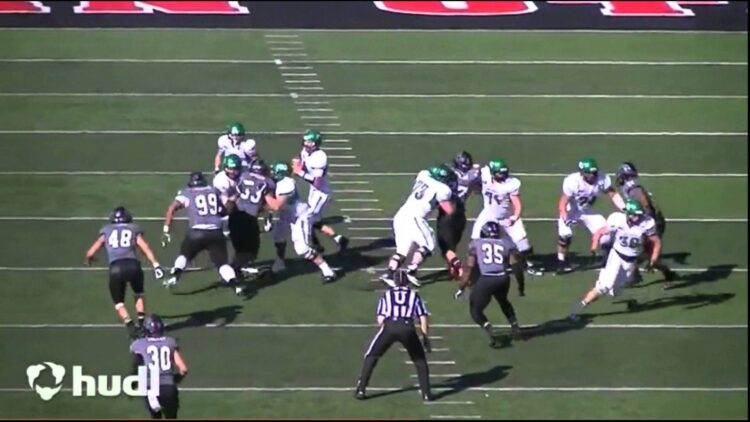 [This Miles Killebrew Scouting Report, with a Vikings slant, has been provided to Vikings Territory by Draft Season. Be sure to check back for more and also be sure to visit Draft Season to quench your NFL Draft thirst. All previously published scouting reports can be found by clicking here.]

Great size.  Is a tall defender with lanky arms, great for extending and catching or swatting balls thrown his way.

Flies to the football and can lay a big hit.

Good at getting off blocks.  Uses his hands well to shed blockers and get to the ball carrier.

Playmaker.  Has great instincts with the ball in his hands, had multiple return touchdowns in college.

Good overall speed.  He’s fast enough to cover receivers, and can close on a ball carrier in a hurry.

Turned a lot of heads at the Senior Bowl with a solid showing.

Level of competition is a concern. Played for Southern Utah in the Big Sky Conference.

Played mostly in the box in college. Teams will want to see how he holds up in coverage.

Teams may look at him as a linebacker if they feel his coverage skills are lacking.

Killebrew is very exciting to watch on tape.  He flies to the football and then absolutely destroys the ball carrier.  He also shows a knack for making big time plays, and is skilled with the football in his hands.  Killebrew also is great at reading plays, showing patience, and then reacting once he knows where the ball is heading.

The major concerns will be whether he can hold up in coverage, and the level of competition he faced in school.  That isn’t a major worry for me, and I think he’d be a great addition in the Vikings secondary next to Harrison Smith.  Killebrew did make a name for himself down in Mobile at the Senior Bowl, so if the Vikings want to bring another Killebrew back to Minnesota, they may have to pull the trigger as early as the second round.