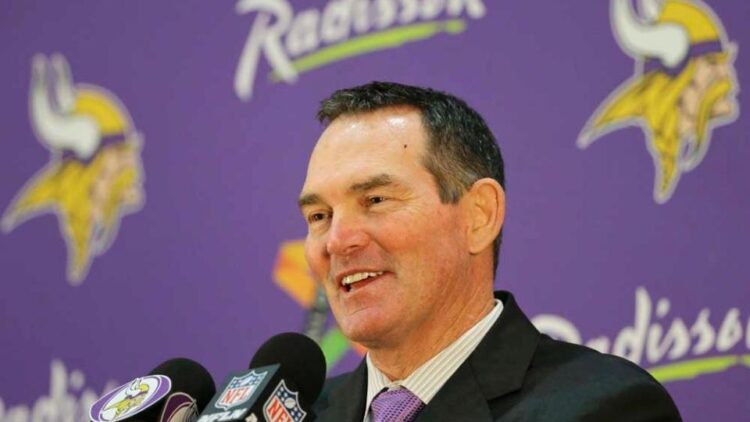 It’s far too early to be predicting what the Minnesota Vikings will do in the 2016 NFL Draft, but that’s part of the fun of the offseason. As fans of the team, we can put on our “general manager” hats and pretend to sit at Rick Spielman’s desk for a few months out of this year. And this time around, we’re fortunate enough to have some help from the team at Draft Season. They’ve already provided a number of different scouting reports on top college prospects and recently released their first seven-round Vikings mock draft. With their help, we’re preparing to have the most productive, informative offseason at VT yet.

For this week’s QOTW, I reached out to fans on Twitter and asked for their dream first-round draft pick this year. Many responded, and many provided a flurry of exciting options for the Vikings:

@austincbelisle Would love to complete the set of UCLA LBs by taking Myles Jack.

@austincbelisle Treadwell. Need a big WR & he's the best of them by a lot. Dont think they'll get him w/o trading up, so I keep dreaming

@austincbelisle @vikingterritory Ezekiel Elliot would be the pass catcher, running back & blocker the Vikings have always dreamed of!

I also asked the team here at VT for their choices, and the answers varied. Check them out, after the jump!

Who is your dream first-round pick for the Vikings this year?

The dream scenario for the Vikings would be to land a top-ten talent who also fills a team need. With Robert Blanton, Terence Newman, Josh Robinson, Andrew Sendejo, and Marcus Sherels all set to become free agents, a talented safety/cornerback like Florida State’s Jalen Ramsey would be ideal.

Ramsey has NFL size at 6’1”, 201 pounds and the physicality to play against the run or go toe-to-toe in press-man coverage. The versatile junior has experience at safety, outside cornerback and nickel cornerback. In my opinion Ramsey is a bit overrated as a cornerback prospect, with only three career interceptions and questions about his ball skills and inconsistent hustle. In 2015, Ramsey didn’t exactly face the cream of crop at wide receiver or quarterback. With some scouts projecting Ramsey as a better safety than cornerback, he certainly could fall come draft day.

Ramsey is getting high praise for his physical attributes and his NFL potential more so than for his actual performance as a lockdown corner. Now, I realize I’m only dreaming if I think he could tumble all the way to the Vikings at 23, but if by chance he does falls out of the top ten, he could be a player the Vikings might think about trading up to go get.

It’s weird picking a wide receiver knowing our biggest need lies with the offensive line, but you can’t deny that the Vikings offense is in a bit of a transition right now. With the emergence of Jerick McKinnon over the last handful of weeks of the season, I can see the Vikings looking to spread the offense out more often, rather than operating a power run game. Not only is Teddy Bridgewater more comfortable running this type of offense than he is under center, it also allows the Vikings to get more creative with their playmakers. Adding Treadwell, the top receiver in the draft, to the mix would greatly improve the passing game and give Bridgewater an additional consistent target.

To answer this question, I think you have to pretend that the Vikings have the first overall selection of the Draft… and have their pick of anybody in this class. With that being the case, I throw “needs” completely out the window and take the player I think has the best chance at a Hall of Fame career.

As luck would have it, my favorite player in this class also happens to fit a need for the Vikings, but it seems impossible that he slides all the way to 23 without some sort of major and unforeseen occurrence.

That player is Ole Miss offensive tackle Laremy Tunsil. An elite prospect that is just as much an athletic blocker as he is nasty and tough. I won’t give a full scouting report here, but he’s my favorite prospect in this class and would give the Vikings immediate flexibility in how they deal with Matt Kalil and the offensive line as a whole.

It’s still pretty early for me in my usual draft process. As someone who doesn’t watch a ton of college football in-season, I rely on podcasts, scouting reports, articles and watching that player’s tape before I consider myself super-informed and ready for draft day. I’m just at the beginning of that process but, with that being said, am ready to go ahead and throw my hat in a prospect’s ring, so to speak, as long as I reserve the right to change it later.

The Vikings need to spend this offseason focusing on offense. Specifically, they need to allocate resources to both protecting and providing weapons for Teddy Bridgewater. I feel that if the Vikings decide not to do this, and send Bridgewater back out on the field behind a line similar to the one that allowed more quarterback pressures than any other in the league, we’re going to squander a good thing. Mike Zimmer has his defense. He’s taken a unit that was the worst in the NFL and turned then into a top-5 squad. We all knew he could do it; Zimmer is a well-known defensive savant. Time to see if he can perform a similar miracle with the offense.

By the time the Vikings draft at #23 in the first round (assuming they stay put), most of the upper echelon tackles will likely be off the board. I think there may be more value on selecting a top-tier wide receiver and spend the next two to three rounds on offensive lineman.

The prospect I have my eye on is Michael Thomas, wide receiver from Ohio State. Though not a blazer, Thomas is able to work defenders by being an exceptional route runner. He has the size to make contested catches down field and displays good hands. The combine is big for skill players and will likely learn more about Thomas then. However, I’ve seen enough of him early in my process to give him my endorsement at this time.

Jack may not be at the top of the Vikings’ list in terms of needs heading into the 2016 draft, but selecting Jack could present Minnesota with a unique situation. By adding Jack, the Vikings could potentially have a starting linebacking corps all from UCLA.

With former Bruins Anthony Barr and Eric Kendricks already donning the purple and gold, Jack could become another key piece to one of the best young defenses in the NFL. It would not come as a shock if Barr and Kendricks have already mentioned this opportunity to head coach Mike Zimmer. Aside from playing his college ball at UCLA, Jack is actually a very athletic and talented linebacker. He started 25 games in his first two seasons and even saw some time on offense as a running back.

He is a very quick and physical member of the football playing human species and could make the Vikings defense even scarier next season. Minnesota may be heading in a different direction by the time the draft comes around, but adding Jack could potentially cause Zimmer to salivate uncontrollably and in turn require him to wear a bib for the entire offseason.

My dream first round pick is also framed in where we select (23) and who is expected to be available. That’s why Josh Doctson’s my guy. Vikings fans have been pining for years that the main piece missing on offense is a big “go up and get it” type receiver to both stretch the field and to be a reliable red-zone target. Stefon Diggs was a revelation his rookie year, but he’s not that mold. But imagine what he could do if he was paired up with a Dez-Julio-Jordy type of receiver. Doctson’s that guy.

Big, strong, physical and one of the best at playing the ball in the air that I’ve seen in college football this season. At 6’3″ and 195 pounds (could afford to put on some weight), the Dez Bryant comparisons are easy to make, but Dotson also reminds me a lot of a young Anquan Boldin with his ability to fight for the ball in contested situations and him being “open” even when he’s covered. He put up big numbers his senior year at TCU (78 rec for 1326 yards and 14 TDs) despite playing in only 10 games due to a wrist injury. He is old for a rookie (23) due to him playing his freshman year at Wyoming in 2011 before sitting out a year transferring to TCU, but I think that adds to why his game is so mature and refined for the college level. Doctson would step on the field Day 1 and be the 1A receiver for Teddy Bridgewater with Diggs being a helluva 1B. Having all of those weapons might even get Norv to throw it on 1st or 2nd down……..

Matt is one of the masterminds behind Draft Season, which has been a go-to destination for draftniks since 2001. He is a self-described “below-average field goal kicker” and is addicted to the Minnesota Vikings, like many of us here. We look forward to working with Matt and the rest of the Draft Season team this offseason!

Before a knee injury ended his season in the Fiesta Bowl, Jaylon Smith was looked at as a top-10 pick and possibly the best defensive player in the entire draft. While not so great news for Smith, this will be FANTASTIC news to the team that he slides to, which will most likely be in the middle of the 1st round. With his surgery already deemed a success, he will be a steal if he goes any later than pick 15, making him a real possibility for the Vikings at 23.

Just imagine a linebacking corps of Barr, Kendricks, and Jaylon Smith. Zimmer and the Vikings would be set on defense and make a strong up-and-coming defense even better. Sure, Smith might not see the field for the first chunk of the 2016 season while he recovers, but look at what happened with Todd Gurley…. well worth the wait.

Nik is another of the masterminds behind Draft Season. Nik is an admitted believer in Sasquatch and is currently “draft crushing” on Arkansas running back Alex Collins. We look forward to working with Nik and the rest of the Draft Season team this offseason!

If we are going with an absolute dream pick for the Vikings in the 2016 Draft then I’m going big. It’s gotta be FSU CB/S Jalen Ramsey.  Finding a partner in the back end of our secondary for Harrison Smith has been a real problem for the Purple. It’s been nothing but a rotating door of mediocrity for the last four seasons or so.  Landing Ramsey would absolutely put an end to that. Ramsey is a true elite talent, with great size, speed, and incredible movement skills. His instincts are off the charts and it’s almost like he can use the Force, sensing where the ball will be before it even gets there. Ramsey is an aggressive player who attacks the football and can stop the run just as well as he plays the pass. He’s a star athlete and as a safety can make plays all over the field. I should also mention his versatility here, as he can play corner if needed.  Ramsey and the Hitman in the Vikings secondary would be an absolute dream combination, and an absolute nightmare for any offense that would have to face them.