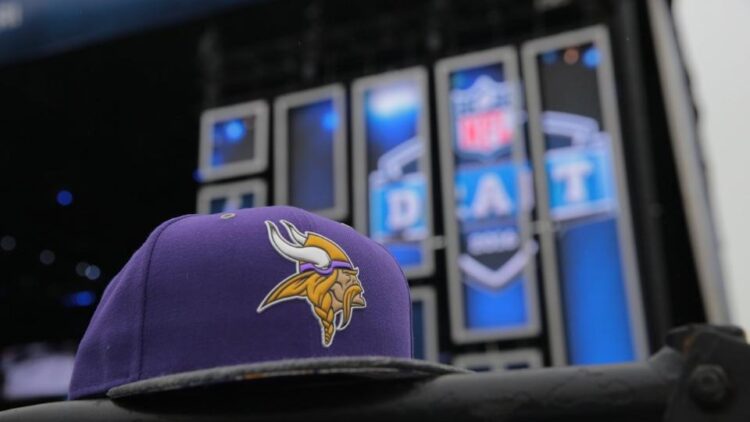 The long hiatus from football is finally over, and in a little under five hours, Roger Goodell will take the stage in Chicago to kick off the 2016 NFL Draft. Fans have waited months for this night, when the 32 NFL franchises jostle, negotiate, and maneuver their way through the first round. Trades will be made, teams will reach for players, and picks will shock the football world — it’s just the cyclical nature of the draft.

Some general managers will surprise, but others, like the Minnesota Vikings’ Rick Spielman, will likely make the most of their limited draft picks. Spielman has an opportunity to make a splash — like drafting a top-tier wide receiver — with the 23rd-overall selection, but he also has seven other picks at his disposal.

At Vikings Territory, we’ve focused on the pick he’ll make tonight, not the players Spielman could draft on Friday and Saturday. So today, we’re each looking ahead and picking one player we believe the Vikings will select at some point this weekend.

Who is one player the Vikings will select in the 2016 draft?

Even though I mocked a popular wide out to the Vikings in my most recent attempt at a prediction, I do think the Vikings are far more of a first round wild card than people realize. They have the roster make up to be very unpredictable, even early on.

Still, when I gaze beyond the first round, Sean Davis is a guy that just keeps on striking me as a value pick the Vikings could end up targeting. He has an intimidating frame, the versatility to play at a number of spots, and is a forceful tackler that will at least be a Year One asset on special teams.

Davis could be ranked higher if Maryland had kept him at safety, where the Vikings have a short-term and long-term need for talent, where his weaknesses are easier to look past. He’s a smart, tough football player that flies around with an attitude that just strikes me as a great fit for Mike Zimmer and this defense.

My head tells me it’s Treadwell in the first round, but my gut says we get a curveball. Here’s my guess: the Vikings either trade down or don’t see a receiver they like at 23, so they go defense (Darron Lee, Robert Nkemdiche…outside chance of a safety). Then they fill the WR need in the second or third round by selecting Boyd.

Personally, I’m liking this scenario more and more as I think about it. Add one more first round talent to give the defense fangs, then grab Boyd, who I believe will be a serviceable number two receiver at the least. Some say he has the best hands in the draft.

Although the Vikings did give safety Andrew Sendejo a contract extension during this offseason, do not be surprised if the team still uses a draft pick to add another safety to their roster. Mike Zimmer has emphasized that Harrison Smith can become an even greater player if he is paired with another skilled safety in Minnesota’s defensive backfield.

Dillon is a player who’s career may have been overshadowed by his flashier West Virginia teammate, safety Karl Joseph. But at 6’0” and 210 pounds, Dillon developed a reputation for delivering some brutal hits to opposing offensive players.Just imagine the idea of having two head hunting, starting safeties lined up in Zimmer’s defense. Opposing receivers would likely be doing their best to stay out of the pathways of these two safeties to avoid becoming a highlight in a future concussion related documentary.

The Vikings are not done fixing the offensive line. I like Conklin’s power and strength and I think he fits the tough-guy mold Tony Sparano likes. He is a physical blocker with a non-stop motor and has a blue-collar work ethic. Conklin can compete with Matt Kalil at LT or he could serve as a plug and play left guard for the time being.

Conklin played well in big games against Ohio State, Alabama, and controlled the point of attack against Oregon’s Deforest Buckner. His tenacious traits and no nonsense style make him one of the country’s best offensive lineman. He is a three-year starter and a first-team All-American boasting an NFL-ready frame. Conklin is a quick thinker who is rarely fooled. His violent punch and natural feel for the game will be a valuable asset to an offensive line still looking for help.

One player I think the Vikings will draft this year is Texas A&M punter Drew Kaser. While the team didn’t put much blame on him, or bring in competition, Vikings fans everywhere know that Jeff Locke just isn’t very good. Whether it’s shanking punts or booming kicks into the endzone when he should be trying to pin it inside the ten, Locke hurt the team much more often then he helped it in 2015.

They need to bring in someone to give Locke a run for his money. If he can beat the youngster out, great, and if not, then the Kaser area begins. The kid’s got a booming right leg and had punts of 53 yards or more in 17 of his last 24 games. He also had punts of 64 yards or more in 5 of his 11 games last season. The Vikings are a team without a ton of needs and can afford to use a 5th, 6th, or 7th round pick on a punter. Kaser would have a pretty good shot at making the team, and could end up being a very productive rookie for the Vikings in 2016.