Round Two With ‘Packer Ranter’ 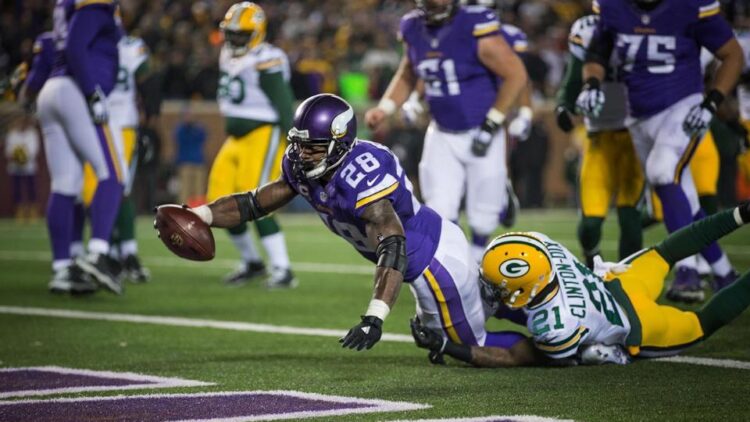 The final week of the 2015 season has all of the drama we suspected it might when the schedule was released way back at the beginning of the year. A showdown between Green Bay and Minnesota is set to kick off tonight with the division crown on the line.

With such a magnificent ending to the regular season impending we thought it would be nice to again reach east of the border and ask our friends at Packer Ranter another round of questions.

I successfully resisted my urge to ask him five straight questions about the Netflix docu-series Making A Murderer and kept things strictly about tonight’s big game.

Last time you stopped by, our readers had some fun with your answers in our comments section, but it was you and Packers fans everywhere that got the last laugh. The Packers beat down the Vikings in a 30-13 romp at TCF Bank Stadium. Is Green Bay destined to repeat this success at home or has something changed since November that causes concern about this matchup?

Going into the TCF game, we were coming off a streak of three mind-numbingly bad losses. Last week, we were flat-out embarrassed. Injuries have mounted and some frustrations vented, but there’s something about playing the Vikings that brings out the best in the Packers. I’m willing to bet that’s in the back of the minds of both the players and fans of Minnesota.

I’m a firm believer that seldom are there “experts” out there better at analyzing any given team than those in their fan base that pay close attention to every snap, every success, and every failure. Assuming you fall into that category, what weakness to the Packers currently display that could most effectively be exploited by the Vikings?

How’s your pass rush these days? Oh, it’s good you say? Damn. It’s no secret the Packers’ offensive line is one ailing unit. Combine that with receivers that aren’t getting open and it could be a long night. For the Vikings, the timing is excellent, but as the players like to say, it’s all about execution.

The NFC playoff participants are decided and both of our teams are in. All that is left is seeding and, specific to this game, deciding whether or not the Vikings can take Green Bay’s throne atop the NFC North. Can you tell me what the atmosphere is right now within your fan base? Is there excitement like there is with ours? Is there disappointment that Green Bay hasn’t locked it up already? Is the gaze already set upon the playoffs and advancing there? Tell me about how the narrative is playing out east of the border.

The Vikings and their fans should be thrilled to have a chance to take the division at Lambeau on the last game of the year. As for the Green Bay fan base, a minority of beastly trolls have staggered out from under their bridges. It happens from time to time. But when you are accustomed to being so good for so long, any chink the armor is magnified. I’m a believer in this team, but the concern is falling short this year and not maximizing the time with our future Hall of Famer at quarterback. Despite a few rumblings of laying down this week for a better playoff matchup, I get the impression most fans are just hoping the coaches can make adjustments, replacements step up and the team makes a statement.

Last time you were here, you opined that the Packers should be far more concerned with stopping Adrian Peterson than Teddy Bridgewater. Since then, Bridgewater has been playing quarterback at a much higher level and had a December to remember. Has your opinion as to whether or not Bridgewater is a legitimately dangerous opponent changed since our last time talking?

No, not really. The majority of TeddyTwoGlovesDecembertoRemember2015.com has been against weaker teams, and a very poor decision late against the Cardinals cost you guys arguably your biggest win of the year. He’s decent though, and clearly locked in as your guy for a while. If I’m planning against the Vikings, it’s still about stopping AP.

Last week was rough for the Packers. Of course, I love to talk some trash when I see something like that happen, but the truth is that this type of experience is not something Green Bay has experienced much of for a long, long time. Vikings fans cannot say the same. Do you think the Packers will be disheartened by this loss and allow it to carry over to the postseason or are they mentally tough enough to forget about it and move forward with even more motivation?

Good question, and I don’t have a clue. Maybe the Packers don’t either, and won’t until the game gets going. If they happen to fall behind early, it’s going to be hard. As a fan, the belief in Packer comebacks has taken a hit this year despite the Miracle in Motown.

Got a prediction for us on the outcome of Sunday night’s game?

You can read more of Robert Greenfield and Franklin Hillside’s antics at PackerRanter.com or follow them on Twitter.