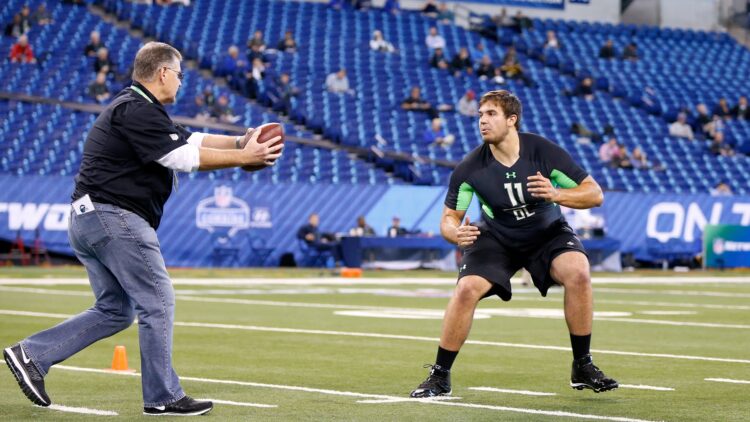 CLICK HERE TO VIEW MY ENTIRE 2016 FIRST ROUND MOCK.

The Vikings made improving their offensive line a priority heading into the offseason and they put their plan into action by signing guard Alex Boone and tackle Andre Smith in free agency. The Vikings will look to add even more help in the first round.

This mock draft has Rick Spielman on the clock with a tough decision to either select offensive tackle Jack Conklin or wide receiver Josh Doctson. Conklin gets the pick because I don’t think the Vikings are finished revamping the line. He fits the same mold as Boone and Smith being more talented in the run blocking department than as a pass protector. Conklin can offer competition for Matt Kalil at left tackle or he can be plugged in at left guard as an immediate starter. Boone could play right guard and Brandon Fusco could compete at center or either guard spot.

I also believe that wide receiver is not a locked and loaded priority in the first-round for the Vikings.

[pull_quote_center]”We had a receiver here that was making a lot of money that really didn’t do what we needed to do,” Zimmer said. “So I don’t know that it’s a necessity to go out and sign another wide receiver. We’ve got to get better with the guys we’ve got, and we’ve got to fix other areas that can allow these receivers to be more effective in the games.”[/pull_quote_center]

With untapped potential in Cordarrelle Patterson and Charles Johnson on the roster, maybe Zimmer is speaking the truth about finding ways to make them more effective. With great value at the receiver position in the second and third-rounds featuring prospects like Tyler Boyd, Micheal Thomas, Braxton Miller, Rashard Higgins, Kenny Lawler, Charone Peake, Leonte Carroo and Tajae Sharpe the Vikings shouldn’t be feeling pressure to reach for Doctson.

New tight ends coach Pat Shurmur loves to get his tight ends and backs involved in the passing game, thus reducing the need to take a first-round wide receiver. Shurmur is a Michigan State alumni, and offensive line coach Tony Sparano will love a physical blue collar guy like Conklin.