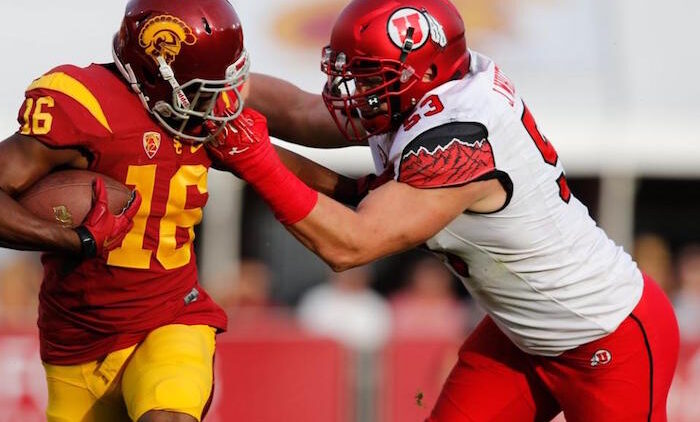 Two more spots on the Minnesota Vikings roster have been filled as the team announced today that they had agreed to contracts with both offensive tackle Sean Hickey and linebacker Jason Whittingham.

Hickey spent last season on the practice squads of the New Orleans Saints and New England Patriots. The New York Jets later signed him to a future contract this past January, but he was then released by the team in early May.

At 6’6”, 305 pounds, the former Syracuse Orange offensive linemen was regarded as one of the strongest players available in the 2015 draft class (benched 225 pounds 35 times at the NFL combine in 2015. He played at both tackle spots while at Syracuse, but his short arms could lead to teams playing him as a guard instead.

As a player who was named to the All-ACC third team in 2014, it will be interesting to see if new Vikings offensive line coach Tony Sparano can find Hickey a role for the 2016 season.

For Whittingham, the former Utah Utes’ outside linebacker comes to Minnesota most likely looking for a spot on their special teams unit or their practice squad. After finishing second on the team in total tackles during the 2013 season with 81, Whittingham only started four games for the Utes in 2015 as a senior.

The Oakland Raiders invited him to their most recent rookie mini-camp after the linebacker went undrafted in April’s NFL Draft. At the conclusion of the camp, the Raiders opted to not sign Whittingham to a contract.

After these two additions, Minnesota still has one vacant spot left on their team that they could fill before the start of training camp. They could bring in another free-agent (a punter perhaps?) or they could decide to just head into camp with 89 players on their roster.