With Three Open Spots, Who Should the Vikings Sign? 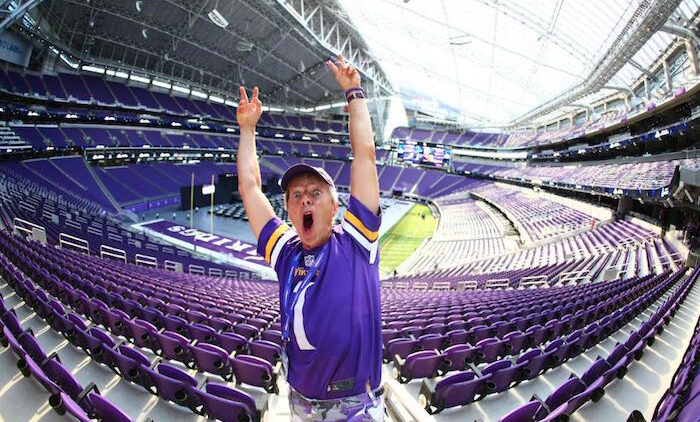 On Monday morning, it was announced that longtime Minnesota Vikings offensive lineman Phil Loadholt had decided to retire. With his retirement, Loadholt’s spot on the Vikings roster is presumably vacant.

Minnesota now has three openings on their roster before their total number reaches the NFL’s 90-man limit. The Vikings can decide to leave those spots empty before they start training camp later this week, but that would not be any fun would it?

Surprisingly enough, there are still plenty of talented free-agents available that could produce for Minnesota during the 2016 season.

First, if there was a show every football fan should have watched this offseason it was ‘All or Nothing’. The eight-episode documentary series followed the Arizona Cardinals from first game of their 2015 season all the way to their loss to the Carolina Panthers in the NFC Championship game.

One of the players featured in this football masterpiece is defensive end Dwight Freeny. At 35-years-old last season, Freeny joined the Cardinals during the middle of the year and provided an unexpected spark on their defense.

He may be a little slower than when he first came in the league, but his understanding of the game is invaluable. Having a player like Freeny on the roster could keep the Vikings pass rush fresh and even more deliciously, dangerous.

The top two running back spots on Minnesota’s roster are all but a sure thing with Adrian Peterson and Jerick McKinnon, but fellow running back Matt Asiata is not necessarily guaranteed a spot on the Vikings regular season roster.

Asiata has been okay at best during his spare playing time with the Vikings in the last three seasons. Should Minnesota bring in a veteran back that can provide more than the occasional two-yard gain the Vikings have been getting from Asiata?

A player like Bell, who is familiar with Minnesota’s opponents in the NFC North, could be a player that could provide the Vikings offense with another completely different option in their backfield. The inclusion of McKinnon and a back like Bell into the team’s offensive game plan more often in 2016 could be just what the team’s offense needs to confuse their opponents’ defenses.

This guy has yet to punt in an actual NFL regular season game since he graduated in 2015, but his abilities should likely change that outcome at some point during the next year. His skills are best utilized as a punter, but Johnson also has experience in kicking field goals and on kickoffs.

Before the 2015 NFL Draft, Johnson wowed scouts with his kicking prowess at Texas State’s pro day. He would later go undrafted, but the Houston Texans immediately signed him as a free-agent.

He was unsuccessful in making the Texans roster and later the Denver Broncos roster as well. Hard to believe there is not a place for this guy in the NFL given his ability to consistently punt the ball in the opposing team’s redzone.

He is a talented punter and a matchup against the underwhelming abilities of current Minnesota punter Jeff Locke during Vikings training camp could be just what he needs to make it in this league.

2015 Statistics (with the Green Bay Packers):

Yes, he played for the Green Bay Packers last season. Yes, he helped the Packers defeat Minnesota in 9 of their last 12 matchups. But that does not mean he could not help the Vikings in defeating Green Bay in 2016.

Just take a minute to think about it, because the seasons in which Adrian Peterson has rushed for the most yards have been the years in which he had a skilled fullback leading the way.

Minnesota can talk all they want about how their offense is going to be different next season with more finesse and other riff raff. But lets face it, at some point next year Peterson is going to get stubborn like he always does and the offense will shift to more ground and pound related game plans.

If that does indeed happen, Kuhn would be a better option for the Vikings to have at fullback than the current selection they have in Zach Line.

2015 Statistics (with the Atlanta Falcons):

Currently, the group Minnesota has for wide receivers are young, fun, and full of potential. The average age of the Vikings receivers going into the 2016 season is just 24-years-old (practically kindergarteners).

Adding White (34-years-old) to their roster would give the Minnesota receivers some much needed guidance from someone who has 11 years of experience in catching passes on an NFL team. Sometimes having an older player, like White, to learn from can also be more productive for a young receiver than just hearing it from one of his coaches.

White was in Atlanta when the Falcons selected wide receiver Julio Jones and, in part, he helped Jones become the explosive player that he is today. Why should the Vikings not do the same and bring in White to help groom Laquon Treadwell into the next great NFL wide receiver?