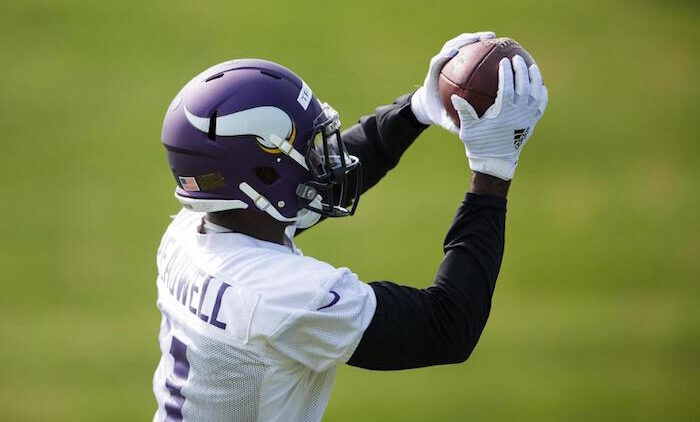 New Minnesota Vikings wide receiver Laquon Treadwell has not even been in the league for a month and he is already being thought of as one of the best young players in the National Football League. Treadwell, along with his new teammate and fellow wide receiver Stefon Diggs have been included in the NFLPA’s “Rising 50” list for 2016.

The list is meant to highlight the league’s young players who have the best chance at selling the most NFL and NFLPA merchandise during their careers. Some of the criteria for making the list includes a player’s performance during the season, the amount of attention the player draws in fantasy leagues, and the amount of companies that are interested in sponsoring the player.

Although he was a fifth round pick by the Vikings in 2015, Diggs made a name for himself and led Minnesota in many receiving categories during his very first NFL season. The Vikings selection of Treadwell in this year’s draft should allow Diggs to be even more productive during Minnesota’s upcoming season.

Diggs is one of the many young stars in the league today that have drawn attention for their unique style. From a vast array of footwear choices to wearing hats that may have been seen in a John Wayne film, Diggs future in fashion may be as bright as his future on the football field.

In terms of fashion, Treadwell could join Diggs as one of the team’s most stylistic player’s off the field. For proof, all one needs to do is take a look Treadwell’s suit choice for the first round of the 2016 NFL Draft.

As of right now, Diggs is under contract with Under Armour and Treadwell has been rumored to have signed an endorsement deal with Adidas. This list should be proof enough that it should not be much longer before a few more companies make the smart move and endorse Diggs and Treadwell.