Grade The Pick: The Vikings First Selection Is Laquon Treadwell 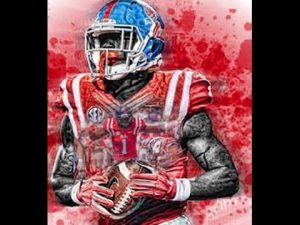 Wow! How was that for some real-time first round drama that led to the Vikings making their highest selection of 2016?

Receivers Will Fuller and Josh Doctson were selected in the two picks prior to the Vikings pick at 23rd overall, but Laquon Treadwell remained on the board. UCLA linebacker Myles Jack, an incredible talent, also fell to this point due to serious injury concerns.

Unsurprisingly to many, the Vikings ended up selecting Ole Miss wide out Laquon Treadwell who should provide quarterback Teddy Bridgewater with a nice, sizeable target to help improve an offense that lacked much passing potency in 2015.

Treadwell is 6′ 2″ and 210 pounds, has great film as a hands catcher, and is easily among one of the best blocking wide outs in this class. He joins a crowded wide receiver depth chart in Minnesota, but is a sure-handed possession receiver and red zone threat that will have no problem finding a sizable role within Norv Turner’s offense.

Give us your incredibly early and irresponsibly reactionary draft grade using the poll below!