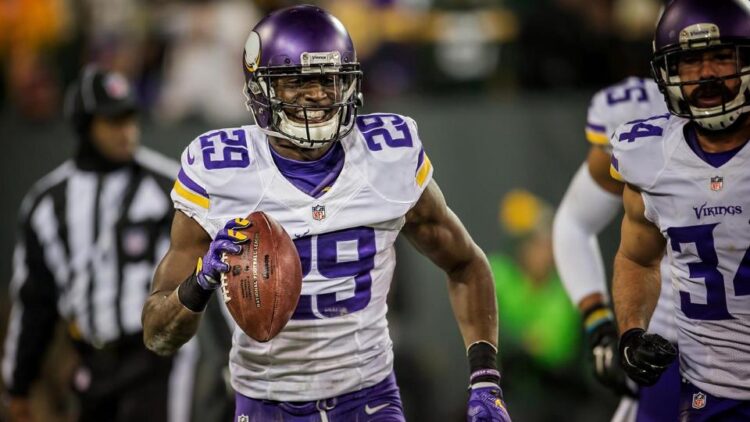 The Minnesota Vikings had until the end of today to exercise the fifth-year option on their three 2013 first round picks. Rather than wait until the deadline, though, the Vikings locked up two of the three, keeping a couple of Mike Zimmer’s key defenders in Minnesota through 2017.

According to NFL Network’s Ian Rapoport, the Vikings picked up the fifth-year options on defensive tackle Sharrif Floyd and cornerback Xavier Rhodes, who were taken with the 23rd and 25th picks in the 2013 NFL Draft. Floyd originally posted an ambiguous tweet indicating some good news, and Adam Caplan was the first to report the decision on Rhodes, per Rhodes’s agent.

Under the 2011 Collective Bargaining Agreement’s rookie wage scale, players selected between picks 11-32 make far less in an option year than those taken in the top-10; CBS Sports explains the math behind the numbers, but players in the latter range, the fifth-year salary is the average of the third- through 25th-highest salaries at a player’s position.

Rhodes will have a base salary of $979, 523 in 2016, and that number will jump to $8,023,000 the following year. Keeping Rhodes in Minnesota is important for the Vikings, not only for depth, but because he’s the team’s No. 1 cornerback. Sam Neumann believes Rhodes has plateaued, though Vikings head coach Mike Zimmer would disagree have to disagree — at least for the next two seasons.

Floyd will enjoy a similar salary jump from 2016 to 2017, with his $941,300 base pay increasing to $6,757,000 after the upcoming season. Despite being oft-injured throughout his career, Floyd is another valuable defender for Mike Zimmer. When healthy, he has one of the fastest get-offs in the league, which makes him a perfect fit in Zimmer’s nickel-heavy, blitz-friendly scheme. Keeping Floyd through 2017 may explain Minnesota’s decision not to draft a defensive tackle — specifically Andrew Billings — over the weekend.

There is a name missing, however, and that’s Cordarrelle Patterson. Drafted 29th-overall in 2013 following a monster trade from Spielman, Patterson has been one of, if not the league’s most dangerous kick returners. But if the Vikings were to pick up his fifth-year option, they’d be paying Patterson as a wide receiver, not as a kick returner.

The last thing Minnesota wants to do is pay Patterson $7,915,000 in 2017, less so now that his replacement is already on the roster in 2016 first round draft pick Laquon Treadwell. Spielman also drafted German wide receiver Moritz Boehringer in the sixth round, crowding the depth chart to a point where Patterson may not see a single offensive snap in 2016.