Ragnar Gets His Name Out There Again, The Results Are Cheesy 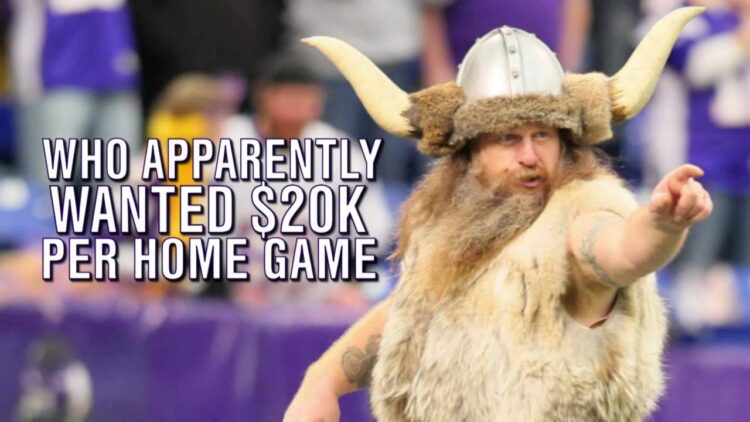 Some aspects of following an NFL team are just plain silly and giving two hoots about a mascot are one of them. Unless you happen to be a pet detective, that is.

With that being said, Ragnar employed some attention-seeking (and probably money making) antics on FOX this morning that has drawn some reactions of disbelief and disgust from Vikings fans.

Ragnar, who reportedly wanted $20,000 per game on a ten year contract for his services, was not a renewed feature of the Vikings home experience following 2014.

Joseph Juranitch, the real name behind the Ragnar character, took part in the morning television bit that ultimately ended with him replacing his horns with a cheesehead and chanting “Go-Pack-Go.” This all seemed to leave former Vikings receiver, and current FOX personality, Randy Moss a little miffed.

“C’mon, Ragnar, you don’t put that cheesehead on and walk through the woods,” Moss said.

The whole thing is ridiculous, and I couldn’t care less, but the internets have told me some of you might find this interesting.

Oh, and here’s another: You will forever be an afterthought that will need to buy his own tickets to U.S. Bank Stadium. You might want to get a haircut if you dare to show your face, however.