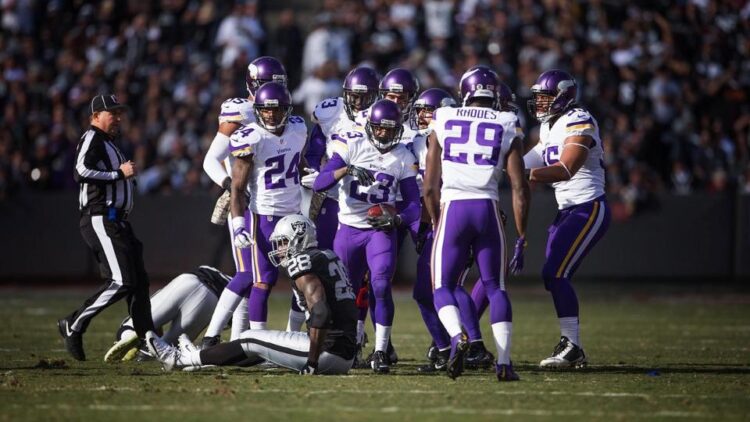 If anyone knows about winning, it’s legendary Alabama Crimson Tide coach Bear Bryant. In 25 seasons at the head of the football program, Bryant won 232 games and hoisted six national championship trophies. It’s no surprise, then, that Bryant is credited with the famous quote: “Offense sells tickets, but defense wins championships.”

And in Minnesota, Mike Zimmer’s following that same formula. The Vikings may not have won the Super Bowl this year, but they rode a top-five defense to an 11-5 record and the NFC North division title. They’re set up for long-term success, especially on defense, where a number of key players are in their first or second year with the team. A few of those contributors, though, are set to become unrestricted free agents in March.

Playing the role of general manager Rick Spielman, the Vikings Territory team analyzed the players and picked one as their highest priority to re-sign this offseason.

Which defensive unrestricted free agent should be the highest priority for the Vikings to re-sign?

It is pretty remarkable to think that Sherels has been able to remain with the franchise as long as he has. Walk-on in college, undrafted in the NFL, and now, one of the top punt returners in the league.

Re-signing Newman would be great, but bringing back Sherels should be more of a priority. During his time with the Vikings, he has become one of the team’s best (three punt return touchdowns in the last four seasons) and most reliable special teams players (one lost fumble in 81 career games).

By not re-signing Sherels, Minnesota could cause an unnecessary, self inflicted wound to their return unit. What if the new punt return man struggles and creates a whole new problem that eventually begins to impact the outcomes of games? The Vikings have plenty of other problems they need to fix this offseason. They should do their best to avoid creating even more and re-sign Sherels.

Robinson seems to have a negative stigma attached to his name within the Vikings fan base these days. Leslie Frazier misused him as a slot corner for a season, Alshon Jeffery combined with poor safety help embarrassed him in 2014, and then an injury derailed his 2015 season up until he was called upon to pinch hit in the playoff game, where he allowed Doug Baldwin to score Seattle’s only touchdown.

Despite all of that, I think the Vikings have a 25 year-old cornerback that possesses ideal speed, and showed plenty of promise (Alshon aside) within Mike Zimmer’s defense in 2014. Despite the rocky start to his NFL career, I still believe Robinson has all the tools to play the position at a high level, and I think getting him back on a relatively inexpensive second contract could be a boon for the Vikings.

It’s weird to say a soon-to-be 38-year old cornerback is a team’s top unrestricted defensive free agent, but here we are. I had my misgivings about Newman coming over from Cincy last offseason, but he was extremely solid all year as a starter. Not dominant statistically, but brought a veteran presence to a young defense, was never the weakest link in the chain, and was a virtual extension of Zimmer on the field. With the way he trains and maintains his body (red wine, son), I don’t foresee a huge drop off next season, nor do I see him starting over somewhere else. Our hope is that Trae Waynes will step into a starter’s role next season, but having Newman back as a dimeback/backup safety would be the depth, continuity and leadership this team needs to take it to the next level.

Newman’s one year contract of $2,250,000 for his services in 2015 was money well spent. The 13-year veteran tallied 62 total tackles and three interceptions while hold off first-round pick Trae Waynes for the starting job most of the season. It looks as if Waynes will be handed the starting job heading into the 2016 season, but the need to retain Newman should still be a high priority. My fingers are crossed that the market for a 37 year-old cornerback will be slim enough that the Vikings will be in good position to re-sign this versatile and productive ageless wonder.

Trae Waynes looked much better as he filled in for Newman in the first round of the playoffs, coming away with a few nice pass breakups and his first career interception. That said, I like the safety blanket that is Newman, as he knows Zimmer’s defense incredibly well and can be trusted to maintain his responsibilities. Furthermore, I really like Newman’s ability to move to safety in a pinch as he did in Arizona when the defense needed to moved pieces around to cope with injuries. Newman’s veteran presence is nice to have in the locker room of a fairly young team and I would want him back in a heartbeat.

I think the Vikings have to make bringing back CB Terrence Newman their highest priority defensive free agent.  Last season, Newman at age 37, proved that he still has it.  He started every game and had 63 tackles and 3 interceptions.  His versatility also proved valuable, as he was at times forced to play safety and more than held his own there. The fact of the matter is the Vikings still don’t know what they have yet in last year’s first round corner Trae Waynes.

Sure, he flashed at times, but having Newman still on the roster is one great insurance policy, just in case Waynes can’t handle starting duties in year two.  The Vikings should bring him back on a one year deal, with plans at playing him at nickel.  Newman is almost like having another coach on the field with all his years of experience, and his presence would be a huge benefit to the Vikings young secondary.

This was a tough call between the old fellers Greenway and Newman. But as it stands now I think it is most important to keep whatever depth the Vikings can at the linebacker position. Greenway’s days of being a game changer on defense are over but still plays at a high enough level to add quality depth and pass his smarts down to the younger guys. Also a greedy part of me wants to see him in the new stadium, he has earned to get a final 1-year deal with the Vikings and go out the right way.

This was a tough decision between Newman and Greenway, but given Minnesota’ depth at cornerback, I opted for Greenway, everyone’s favorite Iowa linebacker. With Trae Waynes set to compete or take over opposite Xavier Rhodes next season, it’s hard to see the Vikings sticking with the 37 year-old Newman in 2016. Yes, he was an ageless wonder for Mike Zimmer, but also showed signs of his age in coverage. Greenway, meanwhile, took a back seat to Eric Kendricks and Anthony Barr as Zimmer transitioned to more nickel-heavy looks. Still, his leadership in the locker room was key to their success, and it’ll be tough to replace if the Vikings do decide to part ways with No. 52.