KNOW THY ENEMY: What To Expect From The Titans With Terry Lambert 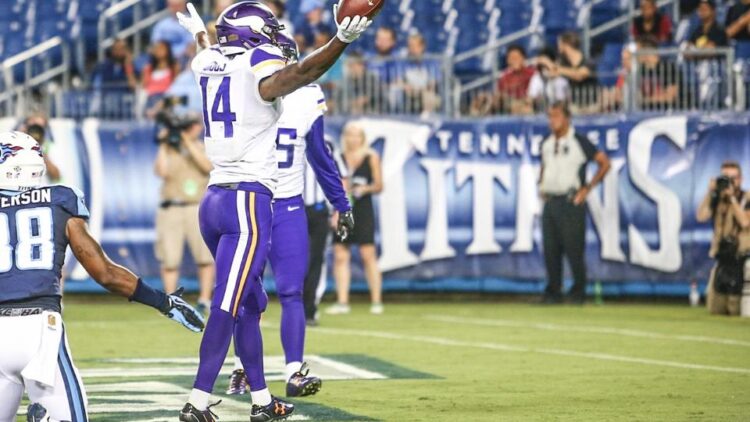 There are plenty of questions left unanswered about this 2016 Minnesota Vikings team, especially in the wake of all the quarterback happenings, but with one day left until the season opener it is time to recognize that the makeup of this team is only half of the equation that will determine the final record. The other half of the equation is how the enemy performs in battle.

Today, we welcome Terry Lambert of Music City Miracles who was kind enough to answer five pressing questions about our first opponent of 2016: The Tennessee Titans.

Lambert is in his second full season of Titans coverage, is very in tune with the team, and keeps up with all of the daily news impacting that team. You can check out all of their content heading into Sunday by following them on Twitter (@TitansMCM) and by following Terry personally (@TLambertFB).

The Vikings are widely expected to have a top defense this year and finally appear to have the tools to counter athletic quarterbacks. It should be a tough test for the Titans offense right out of the gate and I’m wondering how you expect to see them counter the aggressive blitz schemes Mike Zimmer will surely dial up?
The good news for the Titans here is that they have finally patched up their center and right tackle positions. Those were the two biggest issues up front last season, but Jon Robinson was able to land Ben Jones in free agency and add Jack Conklin with the eighth pick. Both have proven to be huge upgrades so far throughout the preseason.
I’m interested to see how Conklin handles a full game of pass protection against a good front like the Vikings have, however. His issues stem from a lack of foot speed and balance, so I would expect Minnesota to target him specifically. To counter some of this heat, expect the Titans to give plenty of help with the tight ends. Anthony Fasano and Phillip Supernaw are pretty good blockers, so expect them to stay in and help the rookie out. Taylor Lewan is finally healthy and should be able to win most of his one on one battles on the left side. We’ll figure out where the Titans are chemistry-wise with these new additions pretty quickly.
Vikings fans got to know rookies Jack Conklin and Derrick Henry pretty well prior to the draft, but may not have kept up on their progress through the preseason. Can you tell us what to expect out of these two on Sunday?
I’ve touched on Conklin a little already, but he’s been a pleasant surprise overall. I wasn’t a big fan of his throughout the draft process, but he fits what the Titans want to do to perfection. He’s been nasty in the run game and steady so far in limited pass protection work. I’m cautiously optimistic that he’s the answer on the right side.
Derrick Henry has been nothing short of spectacular. He hasn’t gotten much time with the first team, but his reps with the reserves were outstanding. He looks quick, decisive and dynamic. The story here is how much work he will receive. Mularkey keeps preaching that this is Murray’s show, but I’m not sure you can keep Henry off the field. Mularkey has never once operated a running back by committee, so we’ll see if Henry gets work on Sunday. I would guess somewhere between 5-7 carries would be realistic.
Obviously, the Vikings have been in a state of turmoil since Teddy Bridgewater’s injury last week. It is widely expected that the Vikings will roll out a limited and run-heavy game plan this week. How is your run defense looking these days and how confident are you that they can contain Adrian Peterson?
To be honest, that’s a tough question to answer. The secondary was so banged up this preseason that teams simply beat them through the air. They really didn’t get a good test. They were up and down last season, led by Jurrell Casey. He’s a stud inside and I guarantee you he’ll disrupt this game more than a few times. He plays the five tech end role opposite of DaQuan Jones, who was pretty solid last season in his first year starting. Where it gets tricky is at nose tackle and linebacker. Al Woods isn’t quite a consistent force in the middle while Avery Williamson and Wesley Woodyard are up and down behind him. I think the game will be won or lost in this area. If Minnesota can run consistently, they should have no problem winning this one.
The Titans signed Marc Mariani this week to help out in the return game. Is special teams considered an area of strength or weakness in Tennessee these days?
The return game was a huge weakness. They tried Tre McBride, Dexter McCluster, Antonio Andrew and even Kevin Byard to no avail. Mariani was great during his time here so they’ll try and rekindle that flame. He’s a pretty sizable upgrade from anything that they had on the roster.
Can you break down how Marcus Mariota played this last season and into this preseason? For those Vikings fans that haven’t watched much Titans football, what are his distinguishing traits that will be on display Sunday?
I feel like Mariota was disrespected last season. He was on pace to break all kinds of rookie passing records before he went down with the knee issue. What people don’t understand is just how bad that offensive line was in front of him. He had constant pressure up the middle and to his right side on nearly every snap. Not to mention the sub par receiver group that he was working with.
A revamped offensive front should pay dividends for Mariota. He’s outstanding with his eyes — getting through reads and looking off defenders are what he’s best at. His lightning quick release paired with his natural play making ability make him a special talent. The only thing that has to get better is his deep accuracy. He’s not really able to stretch the field vertically, but he’ll kill you in the intermediate. Hopefully the deep ball will come with time.