VT Question of the Week (Part I): What was the Biggest Negative from Monday’s Game? 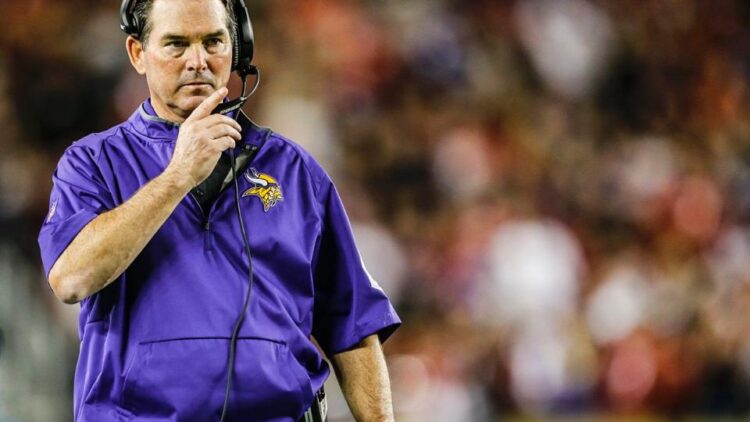 This week, we decided to do a two-part series covering both the positive and negative takeaways from Monday night’s 20-3 loss to San Francisco. I always feel like it’s easiest to get the bad news first, so take a look at our observations of the game’s problems here and watch for a “positives” post around lunchtime today. As always, please take the poll and feel free to weigh in via the comments section, as well!

Brent: Offensive line
Biggest problem has to be the offensive line. Anyone watching could see how uneasy Teddy Bridgewater was in the pocket and he didn’t seem like himself whatsoever. Ultimately, Bridgewater’s anxiousness caused him to rush his reads and throws and probably forced him to take his eyes away from his down-field targets.

Brian: Run defense
No doubt the run defense has to be the biggest concern coming off of Monday’s game. San Francisco didn’t try anything tricky. The 49ers lined up and just out-muscled and out-executed the Vikings. They started on the first drive with the three tight end sets and didn’t stop.

To be outperformed like that, especially after so much emphasis was put on the run defense this season and staying in gaps, it was a humbling start. Carlos Hyde is a talented running back who was a second-round draft pick just the previous year and he surely looked good in his first real chance to be an every-down back. But Minnesota has to be frustrated after an opening performance in which it allowed the most rushing yards in the league (230 yards) and the most yards per rushing attempt (5.90).

Andy: Zimmer passing the buck
Zimmer was quick to call out the players for Monday’s performance. That’s all fair and good, but it’s bugged me the past few days that he didn’t take any share of the blame. He claims the players were prepared but didn’t perform. They didn’t look prepared, Mike. The gameplans were ineffective and halftime adjustments were pointless or non-existent. YOUR defense gave up an NFL-worst 230 yards rushing Week 1. Football is a simple game, but putting the loss solely on getting “outphysicaled” is unrefined and kinda how a coordinator or position coach can think, but not a head coach — a leader of men. Yes, the players didn’t play, Mike, but you didn’t coach, either.

Adam: Initial offensive series
The Vikings woes, to me, are easily traced back to their first offensive series. To anyone paying attention, it wasn’t surprising that Norv Turner would try to use the pass to set up the run as a viable game plan, particularly after the Marcus Sherels special teams return landed the Vikings within range of a three-point go-ahead score.

The execution, the horrible results of this “drive,” are what sent the Vikings into a downward spiral of a flustered quarterback and tiring defense.

Three consecutive passes (Jarius Wright, then Charles Johnson, then Wright again) each went incomplete on that first series, and then Blair Walsh was wide right on the field goal.

Instead of “setting up the run with the pass,” which I fully believe was the intent, the Niners were emboldened to blitz a young, rattled quarterback and stack the line against a rusty 30-year-old running back. Eventually, San Francisco was able to use convert its defensive dominance into offense production via the spry Carlos Hyde.

That first series on offense was simply a diving board placed above a pool of misery.

The Vikings could not contain the 49ers on the edge Monday night, and it plagued them the entire game. Look no farther than team captain Everson Griffen, who may have had the worst game of his career. Griffen knows it too, and you can tell he is incensed about both his and the team’s performance. (Don’t believe me? Check out this video.)

Along those lines, the defensive line could not bring down Kaepernick despite coming within inches over and over again. I said before the game in our preview that the Vikings would have a difficult time Monday night if they could not contain Kaepernick when the pocket starts to collapse. This, unfortunately, is exactly what happened. There has been a lot of money invested in the front seven of this defense and they have to do a better job against the Lions in this weekend’s home opener (I believe they will).

Austin: Defending the 49ers’ stretch zone running attack
Listening to 49ers fans in the stands claim Colin Kaepernick is “lightyears ahead of Teddy Bridgewater” was easily the biggest problem on Monday night…off the field. On the field, I’d have to say the Vikings’ struggles against the 49ers’ stretch zone running attack was the most glaring problem. While the offensive line struggled at times, their problems were up-and-down. At times, Bridgewater had plenty of time to throw, but missed open receivers. On defense, the 49ers consistently set the edge, letting Carlos Hyde rumble his way to 168 yards rushing. Defenders missed tackles, were sealed at the line of scrimmage, and looked slow trying to catch Hyde on the outside. Like Zimmer said, I think these are issues that can be fixed, as they stemmed from poor decision-making, but it’s an issue that concerns me heading into a game against the Detroit Lions — the same Lions who drafted Ameer Abdullah.


Lindsey: Run defense
The reason I view the Vikings’ run defense as the biggest negative (among plenty of negatives) from Monday night’s game is because this was the factor we weren’t supposed to be worried about.

The offensive line was the biggest question mark headed into Week 1, and there were certainly issues there; although, I saw glimpses of plays that made me feel not quite as stressed about the line as I thought I would be. Overall, Minnesota looked completely helpless against stopping San Francisco run plays that weren’t even that creative. Sure, Carlos Hyde is shaping up to be a solid running back in the league, but giving up 230 rushing yards was beyond disappointing for a Zimmer defensive squad.

Chris Tomasson, Pioneer Press:
The biggest negative has to be Adrian Peterson’s performance, because he’s perhaps the most important Minnesota player. All that hype about him returning went on month after month and then he was as flat as New Coke. One presumes Peterson soon will get going, but on Monday he looked as indecisive as Herschel Walker entering a hole.