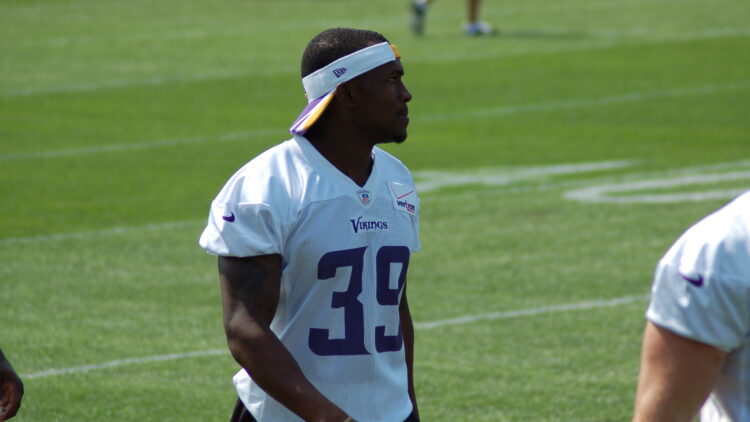 Minnesota Vikings cornerback Jabari Price has been suspended two games for violating the NFL Policy and Program for Substances of Abuse, per a statement from the Vikings.

He had pled guilty earlier in the year to a reduced charge of careless driving after being arrested for driving while under the influence.

While legitimately competing for a serious role on the team, Price is a valuable backup even if he doesn’t earn a major role. With Josh Robinson out for most of the year (or at best, half) because of a partially torn pectoral muscle, the Vikings cornerback group will start off the season even thinner.

Last year, Price took 47 snaps from scrimmage, per Pro Football Focus, and was a significant contributor on special teams.

“I sincerely apologize to my family, my teammates, the Vikings organization and Vikings fans for the mistake I made last winter. I can assure you that it will never happen again. I look forward to returning to helping my team on the field in week 3.”