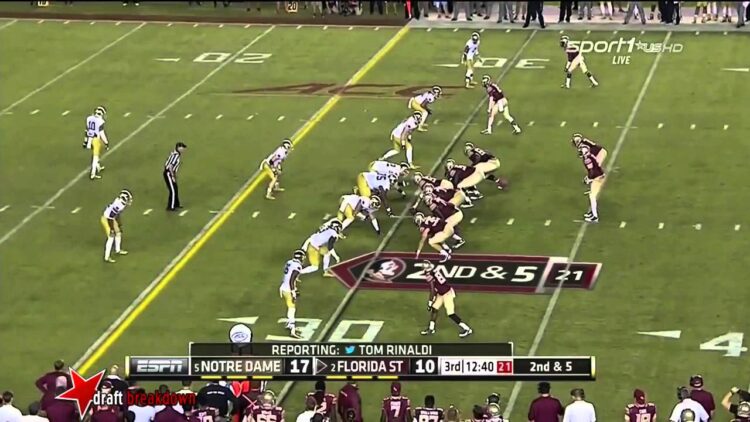 In the 2014 NFL draft, the Minnesota Vikings selected OG David Yankey in the fifth round with the 145th overall pick. At the time, Mike Mayock had this to say about the pick.

“This is a great fit for the Vikings. They believe in physical players and Yankey is a phone booth brawler. Trust me, I know (Vikings general manager) Rick Spielman and (head coach) Mike Zimmer, and this is the kind of player they bang the table for.”

So what went wrong? Yankey didn’t play a single snap as a rookie last season. And when starting guards Charlie Johnson and Brandon Fusco went down with injuries, it was Vladimir Ducasse, Joe Berger and Mike Harris that stepped up and earned playing time ahead of him.

The knock from the coaches was Yankey lacked functional strength and just wasn’t ready to play in the NFL. Yes, he is slow of foot, tight in the hips and needs to develop some level of nastiness and physicality in order to get his NFL career moving in the right direction. Does that mean the Vikings are ready to give up on the former Stanford standout?

The Vikings may have swung and missed with Yankey, but the plan to build the interior line with late-round picks may still be the blue print Rick Spielman favors.

With that in mind, my Sleeper Sunday pick is 6’ 5” 309 pound All-ACC Second Team guard from Florida State, Josue Matias.

Big #70 is not really much of a sleeper because some consider Matias to be one of the better left guard prospects in this year’s draft class. Matias almost entered the draft in 2014 and was told by the NFL advisory committee that he would be a third- or fourth-round pick, but decided to return for one more college season.

What makes Matias most valuable to NFL teams is his experience and versatility as a three-year starter playing both guard and tackle on a very successful football team.

Matias made an instant impact in Tallahassee, seeing playing time as a true freshman. From his sophomore year forward, he started 43 consecutive games, mostly at left guard and mixing spot duty in at tackle. He does have enough length to play some tackle at the next level if a team needs emergency help on the perimeter.

Matias is a tough and physical competitor who can lock on a defender and drive him out of a hole in the run game. He plays with a nice wide base in pass protection and mirrors defenders well. He flashes a nasty punch and a relentless effort in keeping his feet moving to finish blocks. Matias sets up quickly off the snap and knows how to use his length to his advantage. He looks well prepared, never surprised, and rarely gives up a sack.

Matias certainly has his weaknesses. He is a reliable pass blocker but too inconsistent at picking up the inside blitz. Matias also needs to improve his power, explosiveness and technique as a run blocker.

Matias (for a big man) looks athletic on tape, but his NFL Combine performance was disappointing to say the least. He measured in smaller and less athletic than expected.

A bad showing at the NFL Scouting Combine doesn’t automatically spell doom for a prospect’s career, but it certainly can sour the draft stock. Much like Yankey, I’m guessing Matias will fall to the later rounds of the NFL draft.

Florida State’s pro day is Tuesday, March 31. While most eyes will be on QB Jameis Winston, Matias will be quietly trying to prove he is as athletic as fellow teammate and standout OG Tre’ Jackson.

If recent late-round OL picks like David Yankey (5th round), Jeff Baca (6th), Travis Bond (7th), DeMarcus Love (6th),  and Chris DeGeare (5th) have left a bad taste in your mouth, then you might be ready for the Vikings to draft an interior lineman a little sooner this year.

If the Vikings look to draft a lineman in round two or three, another sleeper name to keep an eye on is OT Cedric Ogbuehi from Texas Tech. He has all the tools and skill to be a starting left tackle in the NFL, but an ACL injury suffered in the final game has set him back. Ogbuehi will most likely not be able to work out for teams before the draft and may not be ready for full team actives to start the season.

He looks the part of a future NFL Pro Bowl tackle who also has the versatility to play inside at guard. Ogbuehi unfortunately may fall past his true draft value which leads me to ask the question, could the Vikings be in a good position to bring him along slowly?