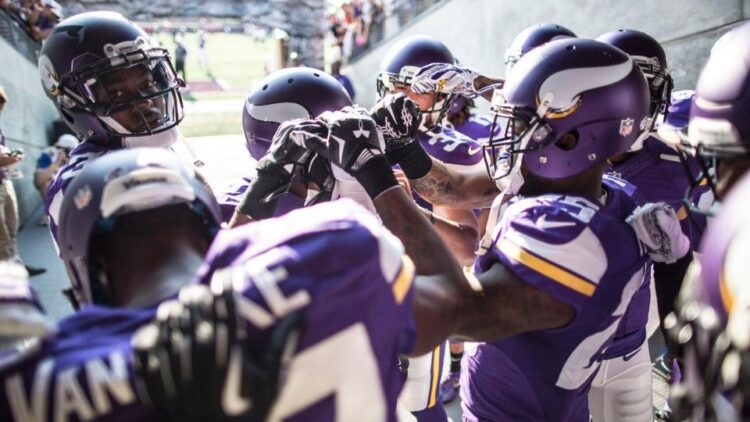 Like the severe weather currently affecting Minnesota and TCF Bank Stadium, injuries have finally struck the Vikings. Last week’s preseason game marked the beginning of a string of injuries for the team, with none more devastating than Phil Loadholt’s torn achilles tendon.

Although certain players like Anthony Barr returned to practice and will make their preseason debut tonight, others weren’t so lucky, and will not take the field against the Oakland Raiders at 7 pm:

Exum, who shined last week against the Buccaneers, has been dealing with a nagging hamstring injury and is missing critical time in a positional battle with veteran safety Robert Blanton. The Vikings lost Bykowski for the year to a torn pectoral muscle, which required successful surgery on Thursday. Details are thin on Sullivan, but head coach Mike Zimmer told reporters on Thursday that the team’s starting center “had a spasm” but will be fine moving forward.

Stephen, a rotational defensive tackle, underwent arthroscopic surgery on his knee but is expected to be ready for the Vikings’ season opener on September 14th. Pruitt appeared to sprain his ankle in the first quarter of last week’s game and was seen in a walking boot earlier this week. Like Exum and Sullivan, the decision to keep Pruitt out feels more precautionary than worrisome.

Hopefully, the Vikings go four quarters without suffering more major injuries. Stay tuned for updates and analysis throughout the night from the Vikings Territory team