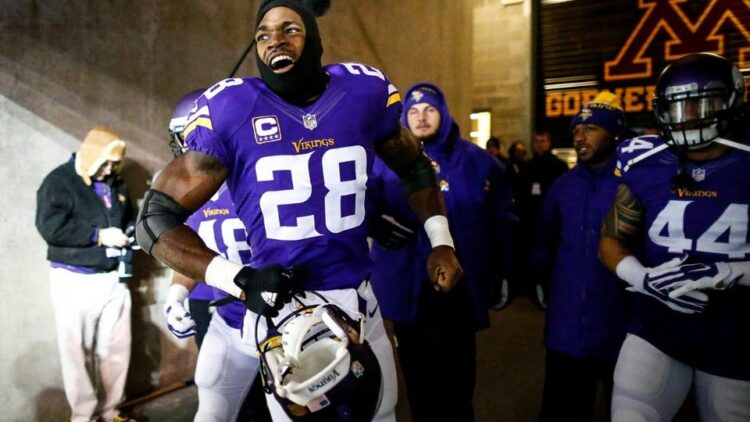 The Minnesota Vikings are thrashing the New York Giants on NBC’s Sunday Night Football tonight, and next week, fans hope they’ll do the same to the Green Bay Packers. As announced by NBC late Sunday night, the Vikings’ Week 17 matchup with the Packers has been flexed to the NFL’s primetime slot on national television.

When the Vikings played the Packers in Week 11, they lost 13-30 at TCF Bank Stadium. This time, the Vikings will travel to Lambeau Field seeking to claim their first NFC North title since 2009. The Packers lost to the Arizona Cardinals earlier today, falling 38-8 in Phoenix. Their humiliating loss set the stage for the crucial divisional matchup next week, which will decide who finishes as the third seed in the NFC’s playoff standings.

With their likely victory tonight, the Vikings are guaranteed a playoff spot and at the very least, a 10-6 record. Their second-straight appearance on Sunday Night Football makes them the first team to do so since the Eagles in 2013, who played the Cowboys for the NFC East division title in Week 17. Although the Vikings have faltered in the most critical moments — against the Packers, Seahawks, and Cardinals — this season, they’ve shown they’re an improved team who have the potential to be competitive in January.