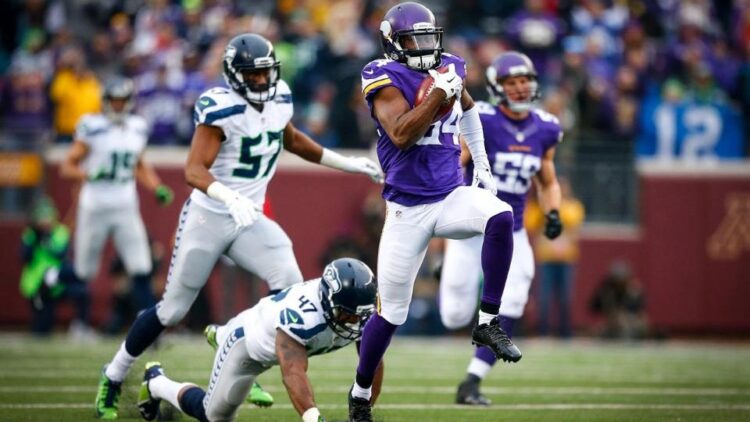 Russell Wilson threw for three touchdowns and ran for one score as the Seattle Seahawks dismantled the Minnesota Vikings at TCF Bank Stadium 38-7. Mike Zimmer’s team is not built to come from behind when Adrian Peterson is held in check and the Vikings fall behind early. Consequentially that is exactly the formula Pete Carroll and his squad implemented against the Vikings.

Peterson, the NFL’s leading rusher heading into the game was limited to 18 yards on eight carries and Teddy Bridgewater’s 17 of 28 for 118 yards under heavy pressure was no contest for a Seahawks’ team trying to send a message to the NFL that they are a team to be reckoned with.

The Vikings defense suffered injuries to Anthony Barr (groin) and Harrison Smith (hamstring) in the first quarter and they didn’t return to see any further action.

The Vikings (8-4) got a 101 yard touchdown kickoff return from Cordarrelle Patterson in the third quarter to keep from being shutout. It’s games like this one that makes me wonder why the Vikings can’t find a way to manufacture just a couple offensive touches for Patterson?