QUOTE OF THE WEEK: Zimmer Continues to Push Trae Waynes 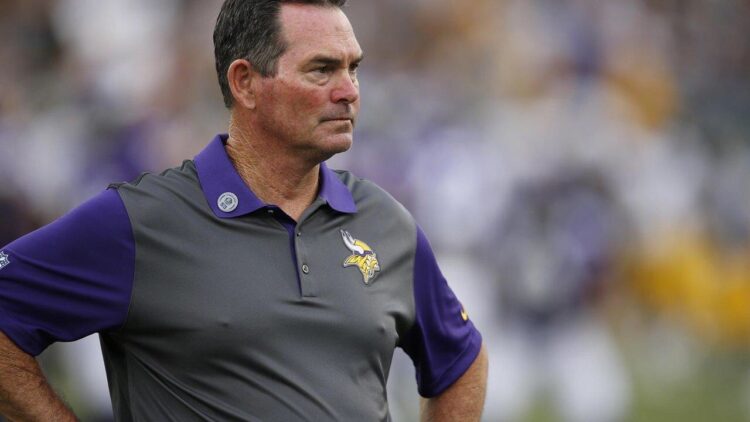 Minnesota Vikings head coach Mike Zimmer isn’t worried about rookie cornerback Trae Waynes, even if Twitter was close to exploding over his play last night. The first-round draft pick was called for multiple holding and pass interference penalties throughout the night while struggling to play off coverage against the Steelers’ backup receivers.

Waynes played 54 defensive snaps — just behind fellow rookie Danielle Hunter — seeing his first action at left cornerback on the Vikings’ third play from scrimmage. Despite his early struggles, Zimmer kept Waynes in for 84 percent of the defense’s snaps. Why?:

[quote_center]”I thought he did a nice job with those things, but he’s just got to learn some of the technical things about the NFL. Athletically, and the type of kid he is, he’s going to be fine.”[/quote_center]

The biggest knock on Waynes coming out of Michigan State was his grabbiness and physicality in coverage. He often tugged opposing receivers’ jerseys, hooked their wrists at the catch point, and jammed well past five yards down the field. In the NFL, those same tactics are almost impossible to get away with, and that showed throughout the Hall of Fame Game on Sunday night.

Like Zimmer, though, fans need to look at the situation from the perspective of a coach. The staff loves Waynes, but he’s a player who will need at least a year to develop under Mike Zimmer. Fortunately, he has that time. Xavier Rhodes and Terence Newman are the clear-cut starters on the outside, and they’re players Waynes can learn from as he makes the difficult adjustment from college football to the NFL.

I’ll be honest — it was difficult watching Waynes struggle so much in the Hall of Fame Game. The play below was probably the worst of the bunch, with Waynes completely losing his man down the field. His technique — eyes in the backfield, holding downfield — was lazy, and his attempt to make up the lost ground with his straight-line speed won’t cut it in the NFL.

I’m not ready to write off Waynes, and Vikings fans shouldn’t dismiss the rookie so soon. He’s young, he’s raw, and even the staff at Pro Football Focus felt Waynes was drafted too high with the 11th-overall pick. But Mike Zimmer isn’t concerned, and I expect Waynes to become an excellent corner under his tutelage the next few years.

I’ll leave you with these notes from Bucky Brooks, a former scout and current media analyst for NFL.com. He addresses the concerns many felt while watching last night’s game while giving fans a glimpse into the good we may someday see from Waynes.

.@Vikings Waynes has struggled playing "off" tonight, but I like his footwork & "shadow" technique in bump.. Very comfortable at LOS