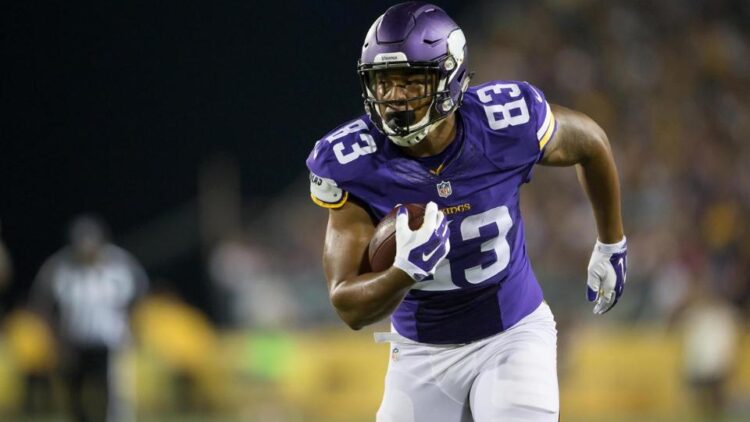 The games first touchdown came in the second quarter with 4:04 to play in the first half. On 1st-and-10 from the 36 yard line, Kafka hit Pruitt on a crossing route that put the Vikings on the board to give them a 7-3 lead midway through the game.

Kafka didn’t flash a big arm or a quick release but he was effective completing 7/10 for 66 yards and 1 TD. Kafka played most of the first half after Teddy Bridgewater guided the Vikings down the field on the their first possession going 5/6 for 44 on an eight-play drive that stalled on the Pittsburg 10-yard line with no points in return.

The Vikings’ defense looked aggressive and fast holding the Steelers out of the end zone and giving up just 192 total yards for the game. Second year DT Shamar Stephen lead all tacklers with 5 solo stops while LB Gerald Hodges and LB Eric Kendricks also played well collecting 3 tackles each.

The Vikings’ rookie class of 2015 had a strong camp in Mankato, so it’s no surprise they played well in their first preseason game. It was nice to see a young team play fundamentally sound football this early in the season.