Winners and Losers from the Hall of Fame Game 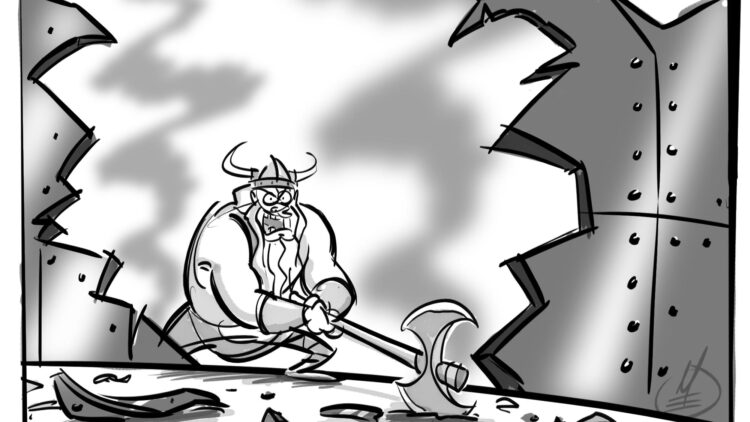 The first game of the 2015 NFL season is officially in the books. And after travelling to Canton, Ohio and beating the Steelers in front of a predominantly black and yellow crowd, the Vikings can stand proudly and puff their chests out as the only undefeated team in the NFL. (Side note: Zimmer is still perfect in Exhibition Games and the one true Preseason Champion.)

These preseason games are critical for coaches to evaluate the players currently on their roster. It gives them a chance to see how rookies handle NFL-level opponents. Preseason games allow teammates to establish additional chemistry on the field against competition they’re not used to seeing every day in practice.

It’s also a great opportunity for hack bloggers and media types to hastily determine who’s doing good for themselves and who isn’t.

So, with this being a Vikings blog (and me being a hack blogger) let’s take a look at the winners and losers from the Hall of Fame game against the Steelers.

Picking up where he left off last season, Teddy Bridgewater continued to impress in the limited number of snaps he saw. While the stat line wasn’t anything to blow you away (5/6 for 44 yards and 0 touchdowns), what’s most impressive was his pocket awareness, poise and the ability to go through progressions and make smart decisions. Teddy had one errant throw to Mike Wallace on a play action roll out that was just slightly behind its target (albeit still catchable) but looked solid in every other regard.

Let’s just get this out of the way: The Stefon Diggs punt return was a touchdown. It’s just baffling how referees can still get these kind of calls wrong while having several high definition angles all watchable in super slow-mo. End rant, back to Diggs. We’ve heard it all training camp – Stefon Diggs could end up being an absolute steal for the Vikings in the fifth round. Diggs, a highly touted 5-star prospect coming out of high school who had his draft stock hurt by injuries during his college career, showed off his speed and agility on his 62-yard punt return in the third quarter. Diggs’ initial juke allowed him to dodge the first defender down the field and broke the entire play open. It was an incredibly simple and incredibly effective move that perfectly displays the big play potential Diggs has. An otherwise relatively quite night for Diggs can’t kill the momentum, though. The hype is real with this one, ladies and gentleman!

Right behind Stefon Diggs on the training camp hype-o-meter is tight end MyCole Pruitt. Pruitt has dazzled in training camp and could very likely find himself in the second tight end spot behind an injury-prone Kyle Rudolph. Pruitt, who led both teams in receiving yards, was able to find an open space in the defense four times, racking up 51 yards in the process. His highlight of the night was when he found a black hole in the Steelers defense and was able to easily take a 34-yard reception to the end zone for the NFL’s first touchdown of the 2015 season. Pruitt was also an effective blocker multiple times throughout the game. If Rudolph can stay healthy, the Vikings may find themselves surprisingly deep at tight end.

Another position with surprising depth? Linebacker. And the only Vikings player who comes close to rivaling Mike Zimmer’s preseason greatness? Audie Cole. Cole continued his legacy of preseason wizardry Sunday night against the Steelers. He was all over the field in coverage and in run support, finishing the night with two tackles and a forced fumble. Cliché as it may be, it’s the truth with Audie Cole: the guy has a knack for making big plays (in the preseason).

How about some love four our backup defensive tackles? The depth on this defensive line and the number of talents Mike Zimmer has to rotate in and out and design exotic plays around is very exciting. Shamar Stephen and Tom Johnson wreaked havoc on the interior of the Steelers offensive line. Both guys were effective in filling gaps and containing runs up the middle as well as ripping through and pressuring the quarterback. Stephen and Johnson combined for a total of 7 tackles, 2 sacks and 5 quarterback hurries.

Finally, we should set some time aside and give Matt Kalil some love when it’s due. It’s no secret that Kalil is a critical piece, if not the most important piece, to the success of the Vikings this season. It’s also no secret that, much like last season, Kalil has been struggling early and often in training camp. So, with all that being known and accepted, it was refreshing to see Kalil hold his own against the Steelers. Of Kalil’s 10 snaps, he gave up no sacks, no quarterback hurries and performed well run blocking. While it’s not much and while it certainly doesn’t mean Kalil is back to his rookie form, it’s a lot better than the alternative of feeling worse about the situation at left tackle and mentioning Kalil’s name a few lines down in the “Losers” section. Hat’s off to Kalil.

(Losers is such a harsh term. Help me come up with some other terms in the comments below for next time.)

Trae Waynes had a rough night in his first start and had the lowest PFF rating of any other cornerback in the game (Steelers and Vikings). He was flagged multiple times for being too grabby with receivers, he got burned a few times for big gains, casually jogged to a player who wasn’t down after being burned on one particular play and a few other rough spots that probably culminated in his first professional start being one he wants to forget about soon. Waynes did not do much to impress Sunday night against the Steelers. And that is okay. It’s been beat to death here on Vikings Territory today, but Waynes’ performance in his first NFL start is not indicative of his entire career in the NFL, and is certainly not a big enough sample base to declare the guy a bust. It’s well known that cornerback is one of the hardest positions to immediately excel at in the NFL. What makes Waynes special is his athletic intangibles and his work ethic. Mike Zimmer knows this, which is why he seemed to almost enjoy Waynes’ struggles his first time on the field. Fortunately for Waynes, the Vikings have a good enough secondary at this point that they can afford to ease him into a starting role while Zimmer coaches up his new project.

Second-year punter Jeff Locke continued to look rough Sunday night. The stats aren’t clearly indicative of this, but it’s pretty clear if you watched the game. The team tried to deflect some of the blame to long snapper Cullen Loeffler this offseason  (who, to be fair, was responsible for some of the special teams miscues last season), but Locke just doesn’t look like he’s got it in him to be an elite NFL punter. Jeff Locke was drafted in the fifth round of the NFL draft. Not that anyone needs a reminder but, if you are drafted at all as a punter, you better be darn good. When the team is in situations where a deep, booming punt is needed, Locke shanks it for 35 yards. When the team is in need of a punt within the 10-yard line to pin an opponent deep in their own territory, Locke misses and puts it in the end zone for a touchback. Honestly, I’m not sure what the issue is with Locke but I’m about three bad punts away from giving up and pulling for the Vikings to see if they can find a free agent replacement somewhere, anywhere.

Blair Walsh missed a 48-yard field goal. Granted, field goal conversions aren’t automatic from that range, but we’ve come to expect it from Walsh after his rookie season. And after his struggles last season, it’s slightly concerning to see that some of that concern may carry over into this season. Plus, I’m struggling to find other “losers.” (Honestly, the team performed pretty well overall.)

Finally, I’ll turn my disapproval elsewhere for our final “loser.” That’s right, I’m looking at you NBC. Your failure to mention new Vikings Hall of Famer Mick Tinglehoff until the fleeting minutes of your broadcast and your weird desire to zoom in uncomfortably close to the subjects of your interviews makes you a loser. Take that!

The Vikings have their first game of the year at TCF Bank Stadium this Saturday against the Tampa Bay Buccaneers. It will be the first game of first overall pick Jameis Winston’s career. I’m hoping our defense makes it difficult for the rookie.

We’ll keep you updated throughout the week and prep you for the game. Stay tuned!