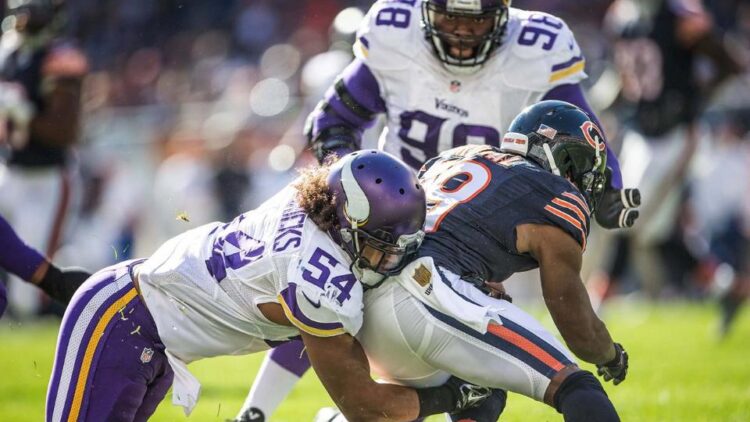 The recipe for success in the NFL is hardly consistent; coaches will adjust starting lineups, offensive packages, and personnel groupings to fit their needs on a weekly basis. Like adding more pepper to spice up a dish, for example, changing a defense’s alignment can completely alter the way that unit performs on the field. And like any good chef, the league’s best coaches know what ingredients work exceptionally well together.

The beauty of football, then, is the fact that the combinations are different for all 32 franchises. In Carolina, the Panthers run the ball on 51.89 percent of their offensive plays. The Patriots, on other hand, run the ball less than nearly every other team in the league, at just 34.76 percent. Each team takes the field on Sunday with a different approach, but each is currently undefeated. They know exactly what works, what doesn’t, and how to maximize the talent on their roster.

For Mike Zimmer, Norv Turner, and the rest of the Minnesota Vikings, their own formula is becoming clear. On offense, Teddy Bridgewater is doing just enough to win games, while Adrian Peterson continues to carry the unit with powerful running in between the tackles. On the other side of the ball, an aggressive front-seven maintains its discipline in Zimmer’s scheme to suffocate opponents. Their recipe combines a run-first offensive attack with collective speed on defense — ingredients that work well together no matter when or where the Vikings play.

Against the Chicago Bears last week, Minnesota relied on their strengths to move to 5-2 and win their third straight game. With the victory, the Vikings are 3-0 in the division and on a crash course with the Green Bay Packers for the NFC North title. The running game and consistency on defense are this team’s bread and butter, and man, does that combination taste delicious right now.

When you’ve got Adrian Peterson, you run the football, especially against a team that’s allowing 128 rushing yards per game. Norv Turner did just that, giving Peterson the football 20 times against the Bears. The running back delivered, picking up 103 yards on the ground. Though his longest run was just 12 yards, Peterson continually gashed the Bears, thanks in large part to the efforts of his offensive linemen and tight ends.

In the play above, the Vikings are in “22” personnel, with two running backs and two tight ends lined up in a run-heavy formation. Kyle Rudolph is the tight end lined up on the right side of the formation, with MyCole Pruitt lined up just behind Matt Kalil. At the snap, the Vikings run a classic “power” play to the right; the offensive line on that side blocks down, while the fullback, the backside guard, and the “wing” pull across the formation as lead blockers for the running back.

I’ll start with the fullback, Zach Line, who is responsible for kicking out the last defender on the line of scrimmage. That would be Pernell McPhee, the Bears’ best defensive lineman and one of the strongest defensive ends in the league. Line gains leverage by driving his feet on contact, stonewalling McPhee and creating a lane inside. Next to Line, Rudolph and T.J. Clemmings double-team the down lineman, washing him into the middle of the defense and further opening the hole created by Line.

That hole is crucial to the success of the play, as it’s Peterson’s designated path. Brandon Fusco pulls from the left of the line into the gap, and as the first blocker to get there, is responsible for the first “color” he sees. That color appears in the form of Bears linebacker Christian Jones. Fusco drives him outside, and Pruitt follows as the “clean-up” blocker on the play. He’s responsible for any leakage through the line of scrimmage or in the hole, and he joins Fusco to drive Jones into the second level of the defense.

Peterson follows these blocks into the hole, but is finally sprung when Rudolph disengages from the initial double-team with Clemmings to cut off flowing Bears linebacker LaRoy Reynolds. Peterson reads this block and plants inside of Rudolph’s right leg, picking up nine yards on the play.

At the snap, Kalil takes an aggressive step down to double-team with Fusco, but quickly peels off the block to pick up Reynolds. Kalil’s athleticism and power are on full display as he knocks the down lineman to the ground before stopping Reynolds in his tracks and driving the linebacker out of the play. His dominance creates enough room for the pulling Harris to run through the hole and occupy space ahead of Peterson. Although he doesn’t block anyone on the play, Harris is such an enormous human being that his presence is enough  to spring Peterson loose.

Two nearly identical plays, and two nearly perfect results. The Vikings’ offensive line, much-maligned this season for their lackluster run blocking efforts, had an excellent game against the Bears. According to Pro Football Focus, they’re the 14th-best unit in the league and only improving as they grow more comfortable playing next to each other.

Play No. One — Eric Kendricks

The Kansas City Chiefs beat the Vikings with a wide receiver screen three weeks ago, and clearly, Mike Zimmer’s team has done its homework since then. Anthony Barr and Eric Kendricks line up in a double A-gap look, but drop into coverage at the snap. They don’t fall for Jay Cutler’s run fake to Matt Forte, and Kendricks uses his speed to flow quickly to the developing screen pass.

Almost as soon as Eddie Royal catches the football, he’s met in the backfield by Kendricks and Captain Munnerlyn. Kendricks diagnosis the play from the snap, avoiding the pulling linemen to create a clear path to the receiver. Munnerlyn’s play is the result of physicality at the point of attack, but Kendricks builds off of film study and his instincts to ruin the Bears’ chances at a big gain.

Like Kendricks on the previous play, Barr shows off veteran-level instincts to disrupt another screen pass. At the snap, the slot receiver works outside to block Xavier Rhodes, while Martellus Bennett fires out to Barr’s relative area. Barr sees the action, and slow plays behind Bennett, hiding out of sight from Alshon Jeffery. Before the receiver turns upfield, and at the last moment, Barr cuts inside, finishing with a perfect form tackle to bring Jeffery down for a one-yard gain.

For a linebacker still learning how to play in space, Barr excels, using his size and unmatched athletic ability to completely stop Jeffey’s forward progress. My jaw dropped, not only because of Barr’s sheer strength, but because he recognized the screen and blocking scheme to give himself an advantage on the play. Coming out of UCLA last season, I would’ve never guessed he’d be this far along — and this good — so soon.

The Vikings are 5-2 and control their own destiny the rest of the season. With the league’s second-best scoring defense and fifth-best rushing attack, the pieces are in place to make a strong push for the playoffs. Is their recipe for success enough to carry them through one of the NFL’s most challenging remaining schedules?