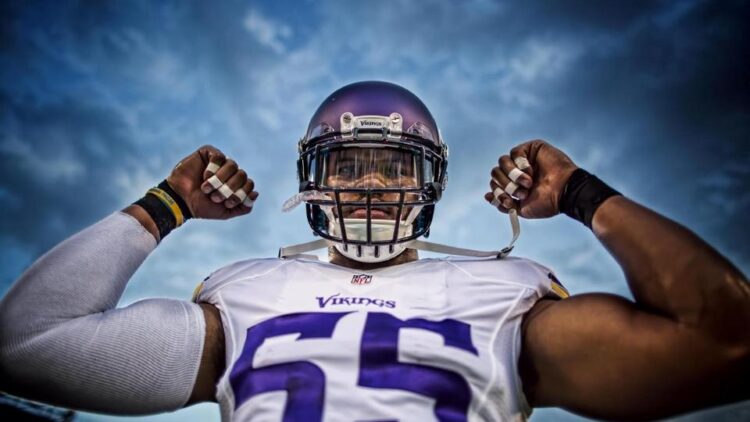 The Vikings head to San Francisco to kick off the season and as you sit there with groggy eyes on a Monday evening, there will be plenty to watch.

The defensive match up certainly looks favorable for the Vikings as the team has seemingly improved on that side of the ball, whereas San Francisco took a giant step backwards across the board this off season.

Although there will be several bright spots on the 2015 Vikings, I think the defense will set the tone for this football team. This defense will be aggressive and unrelenting with pressure on the quarterback, hopefully making life easier on our defensive backs.

I wanted to take a look at each component of the defense and evaluate how the team stacks up against the 49ers.

It is no secret that the Vikings are deep and talented across the defensive line. No position is deeper than defensive tackle where the Vikings will rotate four tackles who can disrupt the running game and add pressure to the quarterback.

Across the offensive line, the 49ers are without guard Mike Iupati, who left for Arizona via free agency. Aside from the missing talent, San Francisco is also without long time offensive coordinator and run game wizard Greg Roman, who was known for strong blocking schemes.

In terms of the running game, second year back Carlos Hyde is an impressive runner, but will mostly likely run in between the tackles the majority of the game. The Vikings should be well suited to counter that with depth in the front seven.

One aspect that will be crucial for the Vikings is containment. In order to do so, they’ll have to be discipline with their lane assignments and general defensive responsibilities. Sounds easy enough, but the team struggled with that at times last year and it something they may prove to be rusty with in week 1 regardless of how many preseason games they played.

Part of that will be on how well someone like Floyd can push the pocket into Kaepernick. I’m not alone in thinking that Floyd should prove to be an absolute monster and he’ll have to be on Monday as he will line up against arguably the 49ers best offensive lineman, Aaron Boone.

Kaepernick has troubles climbing the pocket when there is pressure and will look to bail out if given the opportunity. Floyd’s pressure might not show up on the stat sheet under his name, but Griffen, Barr and Robison will benefit from his 1on1 match up with Boone.

If the defense fails to collapse the pocket appropriately, Niners quarterback Colin Kaepernick will make them pay by ad-libbing some runs with his impressive athleticism.

Partial responsibility of corralling Kaepernick will fall on the linebacker position group. Kaepernick is not only fleet of foot, but he’s pretty good at fooling a defense into collapsing before dropping the ball over their heads down the seam. This is made easier seeing that San Fransisco ran 61% of their passing plays out of the pistol formation.

The 49ers new offensive coordinator is Geep Chryst (yes, a real name), who was an in-house promotion after serving as the quarterbacks coach for the last four years. I’d like to think some of the offensive schemes, especially when it comes to the passing game, will be carried over to the new coaching staff.

I wouldn’t be surprised if Anthony Barr spends sometime spying Kaepernick, as Barr’s athleticism is the closest we can come to keeping up with Kaepernick. The fault, in that strategy, is that Barr may have to sit back and react in those scenarios vs flying around and making plays.

I suspect the majority of the run support will likely come from Gerald Hodges, who will start at middle linebacker and I think the 49ers will spend a lot of their time running in-between the tackles.

Hodges will also likely have to corral tight end Vernon Davis, who is coming off a very down year in 2014, but can be very effective running down the seam, where the middle linebacker will have to help support.

As I noted above, the 49ers has likely the worst off-season in the league. The turned over a ton of talent, but I do like that they added wide receiver Torrey Smith – someone I wondered if the Vikings would target prior to acquiring Mike Wallace.

Smith will serve as a the downfield threat for the 49ers and will keep defenses honest when trying to stop the run. I really don’t fear Smith’s ability, especially when he will spend plenty of time covered by Xavier Rhodes.

The 49ers also have long time play maker Anquan Boldin opposite Smith. Boldin doesn’t necessarily possess the speed he used to and will likely spend the majority of his time crossing the middle of the field. If playing zone, the hand-off between the secondary and linebackers will have to be communicated well.

Aside from Boldin and Smith, the 49ers don’t have many wide outs that will cause much concern. The secondary will have a hand in corralling Davis as well, however, who can be a threat downfield, regardless of his lower productivity in 2014.

All in all, I favor the Vikings defensively in the season opener. As I mentioned above, the front seven will have to maintain their lanes and responsibilities. Without doing so, they’ll have to scramble to keep Kaepernick in check.

The secondary shouldn’t have trouble managing strong coverage on the 49ers wide outs, but I can see San Francisco thriving with passes that range between 5-7 yards. I don’t anticipate there being a lot of deep passing, however.

Until next time, Viking fans…Skol!