Path to the Playoffs: Week 13 Edition 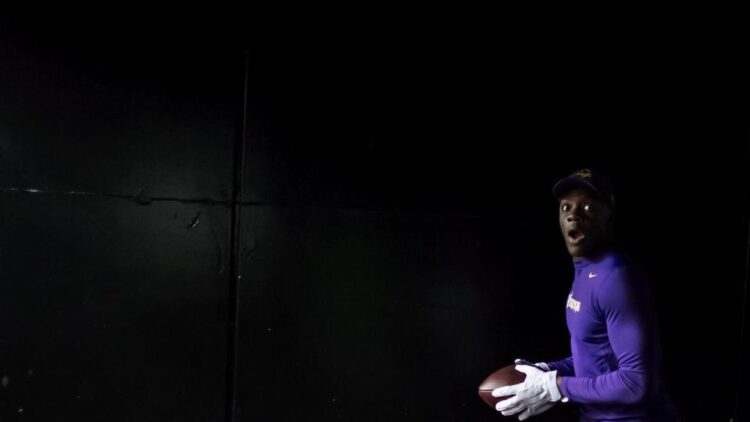 After beating the Atlanta Falcons in Week 12, the odds the Vikings make the playoffs increased to 91% according to an excellent playoff simulator created by The New York Times. So even before this weekend’s game against the Seattle Seahawks (another team in the NFC playoff picture), things are looking pretty good for Minnesota.

Despite ultimately being in the driver’s seat, the Vikings playoff chances, and specifically playoff seeding, can be affected by the upcoming results of other teams. That’s why we thought it might not be a bad idea to bring back a segment we did a few years back here at VT where we take a weekly look at the playoff picture and provide a guide of sorts to focus your weekly rooting in a direction that best benefits the Vikings.

We’ll start of by taking a look at the current playoff picture. Before that though, I want to clarify a couple of items that may help understanding things later.

First, let’s make sure everyone understands NFL tiebreakers that could end up playing a role down the road.

Tiebreakers Within A Division

(If the wild-card teams are from the same division, apply the division tiebreakers instead.

There are quite a few more tiebreaks than listed above in the off chance that there is still a tie. Though they are very unlikely, you can find the full breakdown on NFL.com.

As mentioned previously, all odds and predictions used in this post (and similar posts in the future) are from the very robust NFL Playoff Simulator created by The New York Times. This simulator allows you to select winners for every remaining game in the regular season and then runs simulations to determine your team’s odds for a variety of scenarios. To be more specific, the machine runs 160,000 simulations to make it’s predictions on the remaining games if you don’t select a winner. This tool seemed like a good way to determine what games impact the Vikings odds for not only the playoffs, but also winning the division, winning the #1 seed, etc. (If you’re interested in learning more specifics about how the simulator works, there’s a good breakdown here.)

Okay, now that we got that out of the way, let’s take a look at the current playoffs landscape:

I know this one goes without saying… However, I just wanted to illustrate how things change for the Vikings if they win this game. Before this game, the Vikings currently make the playoffs in 92% of simulations. After winning, that number bumps up to greater than 99%. When it comes to winning the division, the Vikings odds go from 49% to 57% with a win. Essentially, if the Vikings win this weekend, it becomes almost certain they make the postseason.

As if you needed any more motivation… The Packers travel to Detroit to take on the Lions for the second time this season. If the Lions win, not only will it be the first time since 1991 the Lions have swept the Packers in a season, but it also does wonders for the Vikings playoff chances. You know that 57% chance the Vikings win the division mentioned above if they win this weekend? Well, if the Vikings win and the Packers lose, that number bumps up significantly to 71%. The Packers are the only thing standing between the Vikings and the NFC North division title (besides themselves). If you have a limited amount of “rooting power,” allocate everything to the Lions this week.

Considering the Bears are still in the playoff picture and the 49ers are all but eliminated, it makes since here to root for San Francisco. If things go wrong and the Vikings don’t win the division, we’ll want other wildcard contenders to have worse records.

AFC team up against an NFC team who is also a wildcard contender? Easy decision: Jets.

Though this game has no real impact on the Vikings winning the division or any wlidcard implications, it could impact what seed the Vikings have if they do make the playoffs. Currently, the Cardinals hold the #2 seed. The Rams aren’t in the playoff picture so we should be rooting for them in the hope that the Vikings can take one of those higher seeds and get a first round bye.

Right now, the Falcons are the bigger threat to a wildcard spot. Let’s hope the Falcons continue to struggle and the Buccaneers can walk away with an important win for them and their playoff chances.

Though this game is pretty far removed from impacting the Vikings, the NFL is a crazy place and the Eagles haven’t been eliminated from anything at this point. AFC vs NFC? Choose AFC.

Currently undefeated and with a tight grip on the #1 seed, it would for the Panthers to be unseated from that position. However, it doesn’t hurt to try. If everything plays out as outlined above and the Saints beat the Panthers, the Vikings odds for a #1 seed go from less than 1% to 3%. #Longshot

Surprisingly enough, the Cowboys (3-8-0) are not completely out of the playoff picture. Right now, Washington sits atop the NFC East. However, if they were to be dethroned from that position and be in contention for a wildcard spot, we’d want their record to be worse.

Alright, let’s recap: We want the Lions, 49ers, Jets, Rams, Buccaneers, Patriots, Saints, Cowboys and, of course, the Vikings to win. If all this happens the Vikings have a:

I’ll be back next week with an update on how we did and who to root for in Week 14. In the meantime…