The GM View: Finding the Best GM and HC Is Not as Easy as You Think 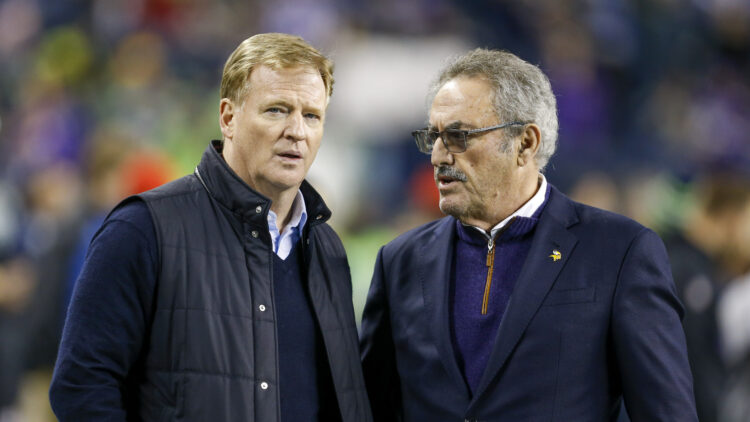 While the NFL playoffs are attracting national attention heading into an exciting divisional playoff round (see my picks later in this article), there is still plenty of focus locally on the Vikings GM and coaching searches along with some negative comments coming from various sources on an organizational culture problem during the Mike Zimmer/Rick Spielman era.

First and of foremost concern locally, we know the competition is fierce for the top GM and head coach candidates with four GM openings and eight head coaching vacancies. I was never involved in a GM search but I did participate in the hiring process for several head coaches and it’s no easy task to judge the ability of an NFL offensive or defensive coordinator, NFL position coach or a college head coach to successfully make the leap to a consistent winner in the ultra-competitive NFL (and I always preferred to hire from the NFL ranks, not via the college route that has rarely worked out).

Similarly, the same leap of faith has to occur when hiring a new GM from a group of current team player personnel directors, assistant GMs and VPs of Football Operations. These new hires usually come from current or very recent playoff teams and the key question is how much input did the candidate have into drafting quality players and identifying difference-making free agents along with whether they understand the nuances of managing the salary cap and overseeing a scouting department. Do these people really have the Midas touch when it comes to player personnel decisions and hiring great coaches?

For example, how involved was Buccaneers’ Vice President of Player Personnel John Spytek—who has interviewed with the Vikings brass–in the drafting of three terrific first round picks from 2018-2020—DT Vita Vea, linebacker Devin White and OT Tristan Wirfs. Or was it all the work of Bucs GM Jason Licht?

And can it be determined if two candidates from the Eagles who interviewed with Minnesota—Player Personnel Director Brandon Brown and VP of Football Ops Catherine Raiche—had any say in the huge mistake of drafting receiver Jalen Reagor one pick ahead of Vikings superstar Justin Jefferson in the first round of the 2020 draft? If so, that should be a non-starter.

Likewise with head coach candidate and current Dallas offensive coordinator Kellen Moore who is on the Vikings list. I’d be inclined to rule him out based on the awful play call of Dak Prescott running a QB draw that caused time to run out in the Cowboys’ playoff loss to the 49ers on Sunday. Moore at least should have made sure Prescott knew to slide with sufficient time left and then hand the ball to an official (not to his center) so he could then spike the ball and run one more pass play to the end zone?

Obviously acing the personal interview is the first step in any job hire and if that is initially done virtually as is generally the case these days, then the top candidates will undergo in-person follow-up interviews. Almost all of the top GM and coaching candidates will come with their notebooks full of info on who they would hire as their assistants and they’ll discuss their philosophies on team building.

The trickiest part—with both GM and coaching possibilities– is talking to people who have worked closely with these candidates which starts with their current team but they could have a mixed agenda of not wanting to lose key contributors. It’s almost more valuable to talk with supervisors, co-workers and players at prior teams to get a more realistic viewpoint.

Vikings owners Zygi and Mark Wilf along with their support staff must sift through it all and get a gut feel on who is worthy of being their next GM and head coach. The immediate future of the franchise is dependent on making the right calls and doing it as quickly as possible before the best candidates are snatched up. But with a team that has a lot of elite player talent already in place and finished just one game out of the playoffs, the top candidates will like what they see potential-wise if they come to Minnesota.

The chirping on the Vikings culture under Zimmer and Spielman:

I understand the intent of two of the Vikings top players—Eric Kendricks and Brian O’Neill—in making their point to the Wilfs via the media (and perhaps in person) that they felt a tension and lack of personal connection in what Kendricks described as a “fear based” organization under Zimmer in particular. They are trying to plant the seed of wanting to see the Vikings hire a super-football savvy, softer personality who is a “players coach” in the mode of Matt LaFleur in Green Bay.

While it creates good media fodder for those covering the team, I would’ve preferred that Kendricks and O’Neill had gone directly to the Wilfs and not to the media with their opinions. But if they had to speak publicly on the subject, at least they were willing to be quoted regarding the type of team atmosphere they’d like to see under the next coach and GM.

What I really don’t like are players, coaches and staff—especially those no longer with the team who may have an ax to grind—who become anonymous sources and disparage two men when they’ve already left the building and who gave their all to the Vikings for many years, some good and some not-so-good but never bottom of the barrel over the past eight years that Zimmer and Spielman ran the football team.

If these people wanted to try to influence who the Wilfs bring in next, they should’ve called or emailed them with their thoughts.

Around the NFL Playoff Observations:

The upcoming divisional playoff weekend is one of my favorites on the NFL calendar. Eight quality teams will be in action—seven division winners plus the wild card 49ers who outplayed NFC East champion Dallas in the most exciting game last weekend.

Here’s my ranking of this weekend’s games from most compelling to still of interest (and I’ll watch all four matchups intently and won’t be surprised if any of the road teams—all slight underdogs—win and in fact I’m picking two underdogs):

1.Buffalo at Kansas City (Sunday night): Rematch of last year’s AFC title game won by K.C. 38-21 but the Bills beat the Chiefs 38-20 on October 10 at Arrowhead with Josh Allen throwing 3 TD passes and adding a rushing TD. What a matchup of two terrific young QBs in Allen and Patrick Mahomes. The Bills amazingly scored touchdowns on all seven possessions in thrashing the Patriots last week and Allen was outstanding. The Chiefs started slow but still dominated the Steelers. I like Allen and the Bills to win a close game and keep it going all the way to the Super Bowl.

2. San Francisco at Green Bay (Saturday night): Another rematch of the Packers’ Week 3 win in the Bay Area as Aaron Rodgers led the team to a game-winning 51-yard field goal by Mason Crosby as time expired. Look for the 49ers to try and run it as they did to the tune of 285 yards on the ground in beating the Pack in the 2019 NFC title game. If Nick Bosa recovers from his concussion, he and his D-line mates could make it tough on Rodgers but I don’t trust San Fran QB Jimmy Garoppolo enough to pick the Niners (his terrible fourth quarter interception got Dallas back in the game last week). I say Pack wins by 7.

3. L.A. Rams at Tampa Bay (Sunday afternoon): The Bucs and Rams had easy wins over a weak Eagles team and the bumbling Cardinals (awful game by their QB Kyler Murray). The Vikings should’ve been at Tampa and would’ve played the Bucs tougher. Matthew Stafford had an excellent performance in Round 1 but a Bucs defense with lots of playmakers will put major pressure on Stafford and force a couple interceptions. Tom Brady was surgical last week and finds a way to get it done despite missing several weapons. As long as Tampa Bay’s O-line is fairly healthy (especially Wirfs on his sore ankle), it will be Brady and the Bucs by 10 and then on to Lambeau for an exciting rematch of last year’s NFC title game.

4. Cincinnati at Tennessee (Saturday afternoon): Upset alert here with the upstart Bengals taking on the No. 1 AFC seed. Bengals QB Joe Burrow is so much fun to watch. He’s so poised and confident and has several great weapons. The wild card in this game is the possible return of ace running back Derrick Henry (from foot surgery) for the Titans who want to run it and keep Burrow off the field. This game will be close but I’m picking the Bengals to win on a late field goal and move on to Buffalo.