Wins are a QB Stat and Kirk Cousins is Playing Wonderfully 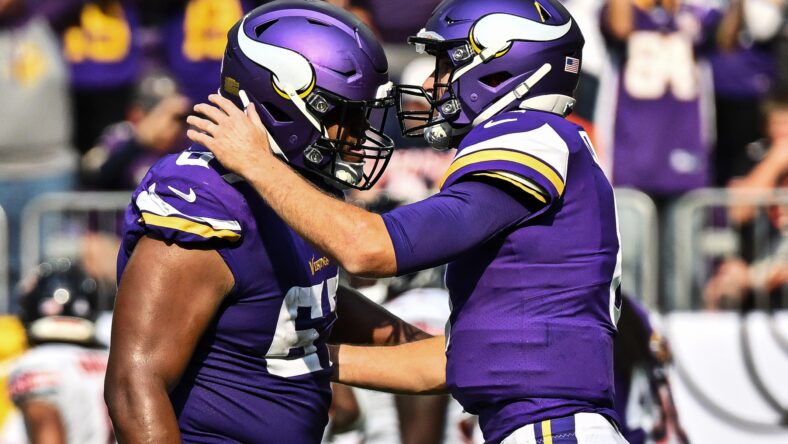 Somewhat controversial opinion: wins ought to be considered a QB statistic. Reasonable minds can (and do) disagree on that one, but I’m on the QB wins train. It should be unsurprising, then, that I’m enthused about how Kirk Cousins has played in 2022, for he has been leading his team to wins.

Fully explaining the reasons for the belief wins ought to go in the QB category goes beyond the scope of this piece, so I’ll merely point to a simple rationale (one that I’m sure various others have explained more eloquently).

The first thing that needs to be said is that claiming that wins are a QB stat doesn’t mean it’s the only stat we should consider when evaluating a QB. Quite often, critics of the QB wins crowd seem to insist that we think a win is the only stat that matters, that we blindly ignore that football is a team game. In so doing, we overlook the complexity of the sport in favor of putting the entire outcome at the QB’s feet.

By no means is this a representation of what a lot of QB wins folks believe. Instead, we recognize that QBs play the game’s most important position (by far) and thus have a disproportionate impact on whether a game is won or lost. QBs ought to have wins attached to their position simply because they play a uniquely valuable spot.

From there, we step back and take the broader statistical gamut into consideration. That’s where much of the debate about Kirk Cousins and the Vikings’ wins factors into the equation. On the one hand, Minnesota is the NFC’s second-best team and the clear-cut favorites for the North. On the other hand, Cousins’ broader numbers aren’t nearly as impressive as past seasons.

So, what gives? How should we understand the QB?

Not too long ago, Joe Oberle offered his perspective on this matter for PurplePTSD. Oberle mostly takes a middle position as neither a full Cousins enthusiast or critic, seeking balance and nuance in his assessment. One idea that shines through is Oberle’s insistence that Cousins is stepping up in the most important moments:

He has snatched several wins from what would have been the jaws of defeat last season and has done so in dramatic last-minute fashion. He has not wilted in crunch time and he has this team ascending rather than just spinning its wheels around .500 hoping the Vikings would sneak into the playoffs and steal a game from a superior opponent. We have to admit that.

Indeed, Kirk Cousins has been making the plays that lead to wins. In the game’s most important moments, Cousins has been finding a way to move the ball and – more importantly – score points. The plays he is making are the ones that more directly translate to wins.

In many people’s minds – mine included – the Bills ought to be considered the favorite for the Super Bowl. Their QB1, of course, is sensational and their defense is elite. Cousins struggled early in the game, but he made so many remarkable plays in that game, folks. In the end, he led his side to 33 points and even had another game-winning drive. That brings him to 5 game-winning drives in 2022, the most of his career.

If #8 keeps leading his team like he did last weekend, the Minnesota Vikings are going to be a very difficult team to beat. 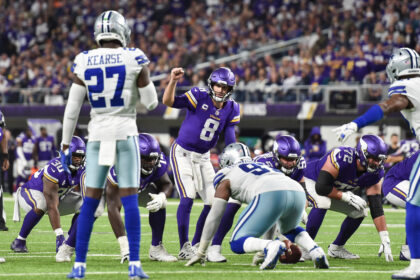