We’re One Month Away from Purple Showtime 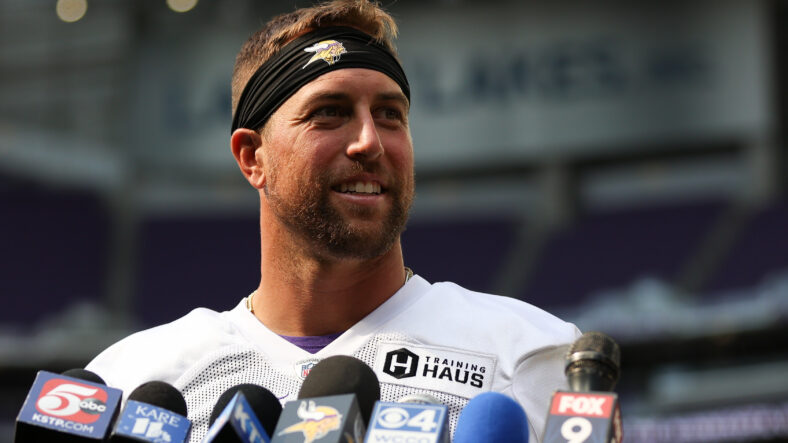 Showtime is exactly one month for the 2022 Minnesota Vikings, as the franchise will host the Green Bay Packers in Week 1 on September 11th.

For most of the spring and early summer, the Vikings were theorized as an 8.5-win team per sportsbooks, but the total has climbed in recent weeks to 9.5 wins for seemingly unknown reasons.

If it feels a little strange to host the Packers right way in a season, the sentiment is warranted. The Vikings have only hosted the Packers once at home in franchise history to start a season — the ill-fated fan-less game from 2020. Besides that, Minnesota has never invited Green Bay to Minneapolis for a Week 1 game.

Both teams will look and feel different in one month as the Packers explore life without Davante Adams and Za’Darius Smith. For a haul of draft picks, Green Bay offloaded Adams to the Las Vegas Raiders in March, a curious transaction because Adams is widely considered the best wideout in the world. Quarterback Aaron Rodgers will navigate gridiron life without Adams but with a WR corps including Allen Lazard and Sammy Watkins, plus rookies Christian Watson and Romeo Doubs.

Smith, on the other hand, joined the purple team in March, signing with the Vikings to pair with fellow EDGE rusher Danielle Hunter. Each man is recovering from an injury-riddled 2021 season, yet the sky is the limit if Smith and Hunter can stay healthy.

In free agency, the Vikings added Smith, Harrison Phillips (DT), Jordan Hicks (LB), Chandon Sullivan (CB), Jesse Davis (OL), and Chris Reed (OL), among others. Adofo-Mensah’s gameplan was to shore up the offensive line — once and for all — and retool the defense that died under Mike Zimmer during the last two years.

In the draft, Minnesota thought defensively, too. Five of the first six picks arrived on the defensive side of the ball while adding potential offensive playmakers like Ty Chandler and Jalen Nailor. Here’s Adofo-Mensah’s first draft class:

And with one month to go, the Packers are still favored to defeat the Vikings by two points in Week 1.