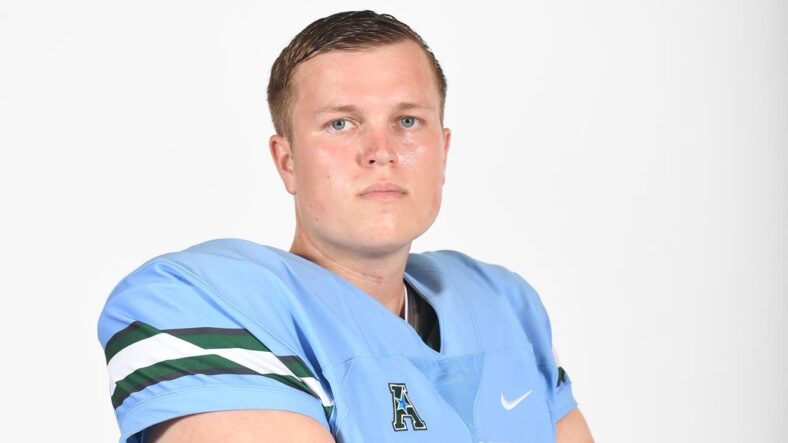 Few positives leaked out of the Minnesota Vikings Monday night loss to the Philadelphia Eagles. But among the handful was rookie punter Ryan Wright’s continued success.

And his through-two-weeks performance is so commendable that he has a new nickname — Mr. Wright.

The nickname was created and assigned by special teams coordinator Matt Daniels, a fitting man for the job. He’s impressed with Wright’s start to the season, so the Tulane alumnus is now Mr. Wright.

Daniels also told reporters about Wright, “I firmly believe he’s got a Top 10 leg in this league.”

The “Top 10” lingo is no joke, either. Through two weeks of the 2022 NFL season, Wright is tied for the NFL lead with 6 punts banged inside the opponent’s 20-yardline. Dallas Cowboys punter Bryan Anger and Matt Haack from the Indianapolis Colts have the same tally through Week 2. Wright ranks 15th in the NFL as of September 21st, 2022, in yards per punt (47.8).

The Vikings released 2021 punter Jordan Berry on August 25th after a one-year stint with the team. Berry was good-not-great in 2021, causing most Vikings brains to believe he’d win the job over a relatively unknown Wright. But that was incorrect.

Since then, Mr. Wright has proven his worth, impressing in the preseason and carrying the production into the regular season. He even caught the attention of former NFL punter Pat McAfee in August.

As for Daniels, the creator of the nickname, well, he has a recent history of comedy. Talking about his ardor for punt returner Jalen Reagor two weeks ago, Daniels said, “He’s a very stout, cocky-built guy. Narrow. Thick. Strong legs. Big glutes. Really nice calves. I was salivating over this dude.”

So, with a new nickname and hoping to rebound from a painful primetime loss, Mr. Wright and the Vikings take on the Detroit Lions this Sunday. The Vikings are favored by six points and are odds-on favorites for the first time in 2022.

Minnesota ranks eighth in the NFL per net punt average.