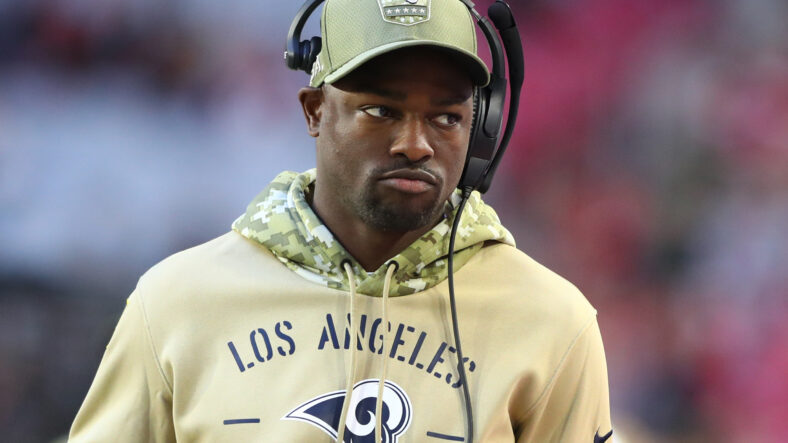 It seems like the Minnesota Vikings now love rookies. At least new special teams coordinator Matt Daniels does, as he proclaimed recently at a Vikings press conference.

It isn’t entirely fair to suggest former Minnesota Vikings head coach Mike Zimmer hated rookies. He did, however, value experience. Under his leadership, coming into Minnesota meant players had to earn their spot and his trust — as should be the case and still will be with Kevin O’Connell.

Zimmer’s general demeanor and abruptness when answering questions, particularly about rookie quarterback Kellen Mond last season, led some to believe Zimmer just refused to play Vikings rookies due to some bizarre stance he has, which of course, wasn’t true.

Last season things just weren’t quite right in Minnesota. As the season unfolded, we started to see things unraveling via strange events. Zimmer needed a winning season to save his job, and the team was always playing catch-up until they were eventually out of contention. Mike Zimmer’s strange altercation with Kirk Cousins on the sideline and the training ground incident that saw Bashaud Breeland kicked off the team were a couple of the most obvious instances that proved things were not as harmonious as they should have been.

Since Mike Zimmer got fired, all sorts of stories have come out of the woodwork — from Zimmer and former general manager Rick Spielman not speaking to each other to the Vikings organization not being a nice place to come to work and rookies being ignored. In short, it was not a good environment for rookies to come into, and it seemed like nobody was enjoying themselves.

Football is a serious business, but happy players are more likely to perform well. This is a shame because I believe that the Vikings drafted very well last year. Unfortunately, for those who haven’t already made a mark, impressing a new regime with no equity in you and has just brought their own batch of rookies in — will be difficult (though it’s not impossible).

Speaking of this year’s Vikings rookies — the whole idea of the new culture that Kwesi Adolfo-Mensah and his team are bringing to Minnesota — they should be arriving in the perfect environment to thrive if the enthusiasm Matt Daniels has for rookies is anything to go by. Minnesota is now a great place for rookies, a significant departure from the feeling people had last season.

The success of this new culture will ultimately be determined on the field of play. Smiles only last for so long when a team is losing. For now, though, the general air of positivity and togetherness being shown by the Minnesota Vikings is just what was needed after the previous era ended in a fractured and gloomy state.

I’m always cautious of expecting too much too soon from new management and coaching staff. However, what they are trying to build in Minnesota is the right way to do things and can eventually bring success to the downtrodden fans of the Vikings, who have been craving that first Super Bowl for 61 years.

In all likelihood, that will take time. It may come too late for some of the senior players on the Vikings roster. So it’s not surprising that the young head coach, with a largely young coaching staff led by a young general manager, is enthusiastic about rookies and young players.

Those are the players who will determine if they have a long and successful tenure in Minnesota.