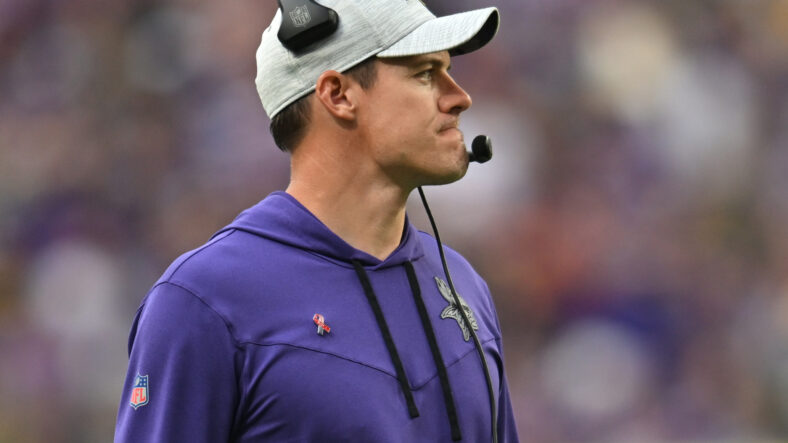 The Minnesota Vikings hope to clip the Philadelphia Eagles on Monday and possibly join the NFC’s undefeated supremacy.

After Week 2, the NFC’s power authority is an odd couple — the New York Giants and Tampa Bay Buccanneers. Just like you drew it up.

Nobody is taking the Giants seriously — until they do something extraordinary like start 5-0 — meaning the Vikings-Eagles last team standing will experience the NFL media hype machine. Too, it doesn’t really “matter” who wins on Monday night — the 2-0 team will receive all the flair.

At the risk of “looking too far ahead” for either team, the matter of homefield advantage in January is also vital. Should the Vikings or Eagles turn early-season success into longstanding playoff positioning, folks may look back on the Week 2 Monday Night Football game as a playoff tiebreaker or maybe even the difference in homefield advantage. And Vikings fans can tell you all about the importance of that from the 2017 NFC Championship.

Operating under the pretense that the Giants eventually crumble — which may be unfair to them — the Vikings can seize a 2-0 record and flex their biceps with Tom Brady’s Buccaneers as the only serious undefeated NFC teams. The Eagles are seeking the same outcome.

Overall, not many experts — or even Vikings fans — expected the NFC to be within Minnesota’s emotional grasp after two weeks. New head coach Kevin O’Connell could’ve been woefully unprepared for the big job, leading to a ceiling of another 8-9 season. Yet, it doesn’t really feel that way after O’Connell’s men suffocated the Packers in Week 1.

Accordingly, Minnesota has a whoodathunkit test in Week 2 to determine if it’s worthy of Buccanneers-like clout in the NFC.