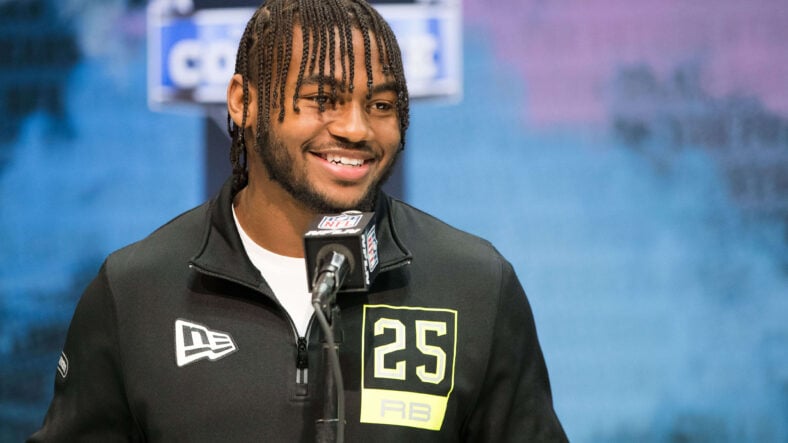 It’s unlikely that the Lions play like “the Lions” when the Minnesota Vikings host the Lions on Sunday.

Detroit arrives in Minneapolis this weekend, owners of a 1-1 record and an offense that is turning heads.

Plopped on the world’s radar by HBO’s Hard Knocks, Detroit is living up to — and exceeding — early expectations in 2022. The Lions defense is still a grotesque creature, but the offense is humming, at least according to the numbers.

Led by the scrappy-as-hell Dan Campbell, the Lions have taken on the persona of their head coach and sprinted to a rip-roaring start on offense. Not convinced? Glance at the metrics:

And this damage is all done on the right shoulder of a productive game-manager quarterback, Jared Goff. The ex-Los Angeles Rams signal-caller ranks around the 19th-best in the NFL among quarterbacks at the moment, but Detroit’s offense is racking up points nevertheless.

The star of the show is running back D’Andre Swift — with a side dish of a man named Amon-Ra St. Brown. Swift is slicing and dicing defenses to the tune of 10 yards per carry. Yes — 10 years per rushing attempt. When Swift touches the ball, he gets a first down, mathematically speaking. Through two weeks, his pace is historic:

After that, if Ed Donatell’s defense slows down the Lions rushing attack, it must combat upstart Lions wide receiver Amon-Ra St. Brown. He’s tabulated 180 receiving yards in two games, along with 3 touchdowns. The 180 receiving yards rank 10th in the NFL, while the 3 receiving paydirts are second behind Stefon Diggs.

Assume, for a moment, that Minnesota clamps Swift and St. Brown. Then, T.J. Hockenson is in the middle of the field, and he’s a Top 10 TE. The Lions also employ the league’s sixth-best offensive line, per Pro Football Focus.

Finally, the Vikings could be without safety Harrison Smith and cornerback Andrew Booth, listed on the initial Week 3 injury report as “did not practice.” A shootout might be on the docket for Sunday.