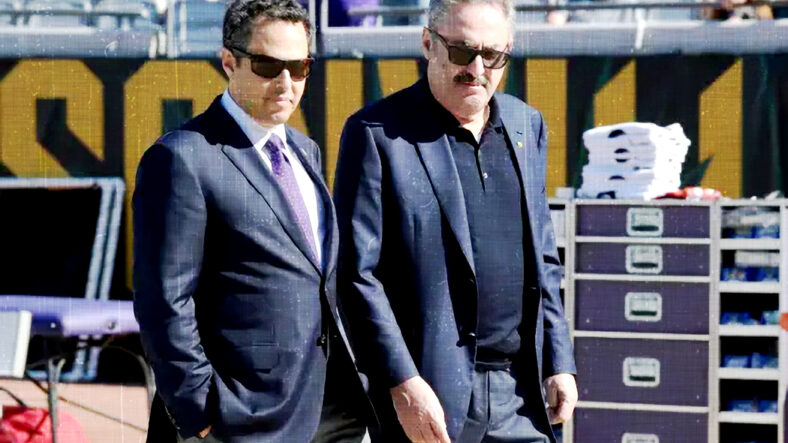 The Minnesota Vikings have expanded their ‘Ring of Honor’ inside U.S. Bank Stadium — and the inductee is a popular choice.

Jared Allen, who spent six years with the Vikings, got the nod on Friday, joining 26 other Vikings personalities with the illustrious title.

The Vikings brass surprised Allen, inviting him to U.S. Bank Stadium to speak with the team at training camp — and then presented him with the honor. Allen was up for Hall of Fame consideration seven months ago but was denied entry this go-round.

In 2008, the Kansas City Chiefs traded Allen to Minnesota for a 1st-Round pick and two 3rd-Round picks while the organizations swapped 6th-Rounders in the 2008 NFL Draft. The trade is considered one of the best in Minnesota sports history. The Chiefs even landed Jamaal Charles, among other players, for their troubles.

During his tenure with the Vikings from 2008 to 2013, Allen led the NFL in sacks with 85.5, quite the return on investment for the deal with Kansas City. Allen was also an integral part of the 2009 Vikings team that was mere moments away from a Super Bowl trip against Peyton Manning’s Colts.

Allen ranks 16th in NFL history in sacks with 136 – more than Carl Eller, Rickey Jackson, Charley Haley, Andre Tippett, etc. All of those men, besides Allen, are in the Hall of Fame.

Vikings owner Mark Wilf said about Allen in Ring of Honor, “He’s a special player in Vikings history, and now and forever, he’ll be a Viking legend in our Ring of Honor. Just a great player and off the field as well. Really well-deserved.”

This is the list of names Allen will now accompany in the Vikings Ring of Honor:

The ROH ceremony is scheduled for October 30th, when the Vikings host the Arizona Cardinals.

Minnesota wide receiver Adam Thielen comically said about Allen’s induction, “I must be getting old if guys I played with are going into the Ring of Honor.”

After departing the Vikings following the 2013 season, Allen spent time with the Chicago Bears and Carolina Panthers. He also dabbled in curling, even hoping to compete in the Olympics.