Vikings DB: We Set the Trends — Not You. 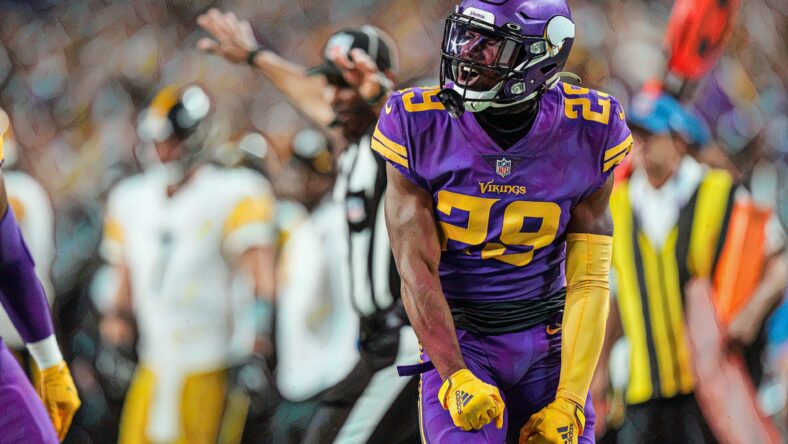 On Monday, November 14th, 2022, at 11:22 EST, the Washington Commanders knocked off the previously unbeaten Philadelphia Eagles in impressive fashion on Monday Night Football. This victory by the Commanders aided the Vikings in their hunt to secure the #1 seed in the NFC.

But the victory didn’t come without its fair share of postgame controversy.

Shortly after the Commanders media pressers were complete, players had showered and changed, and a flight was chartered back to the metro DC area. On that flight, Commanders players and coaches could revel in their emphatic victory that likely kept their postseason hopes alive. Some of that celebration made its way to social media and looked eerily similar to how the Vikings have been celebrating this season after road victories.

Commanders quarterback Taylor Heinicke is seen in a video uploaded by Commanders DT Daron Payne, drinking beer and rocking a neck packed full of diamond-encrusted chains. Later in the video, a pair of glasses is put on Heinicke for good measure. Good for them — glad they are celebrating and enjoying their victory.

The only problem here? It all seems a little forced.

We have seen this before, and we’ve seen the authentic version of it. This rendition was not that.

Vikings cornerback Kris Boyd even chimed in on Twitter, voicing his displeasure.

Like the Migos (RIP Takeoff) & Jim Jones song We Set The Trends, Boyd emphatically sets his and the Vikings stamp on the postgame chain celebration. This is something the Vikings created after a road victory earlier in the season, and, in fact, it was Boyd who started that trend.

You see, this is deeper than a simple celebration. This team has bonded in part behind these celebrations.

Imitation is often thought of as the highest form of flattery, but not in this case — not with this team and during this season. This season is different. It has been different for the holdover players, the new coaching staff and front office, and the fans. This team and this season have been a collective breath of fresh air for anyone residing in the metro Minneapolis area or simply anyone who has followed the team before January.

Former Viking linebacker Ben Leber, who currently covers the team for KFAN and the Vikings, told a story on KFAN about just how the team has been able to bond this year. Leber noted that all the players were tasked with writing about their lowest moments, and then the players were able to share those moments with each other. Players have described to Leber that their bond is stronger due to that exercise, which is a large reason why they play for each other. It is evident on the field if a mistake gets made, a teammate steps up to fill the void.

That is especially evident from the trendsetter — Boyd. He has always been one of the more vocal, likable Vikings players, both on and off the field. Boyd constantly interacts with fans on Twitter and other social media platforms. He took to Twitter to express just that love for his teammates, and it lends to some of the principles general manager Kwesi Adofo-Mensah sought to instill when he first took over this spring. That principle is one of friendship and family.

Go vote for Boyd and your other Vikings favorites for the Pro Bowl here. 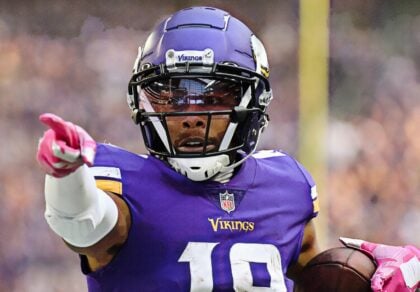